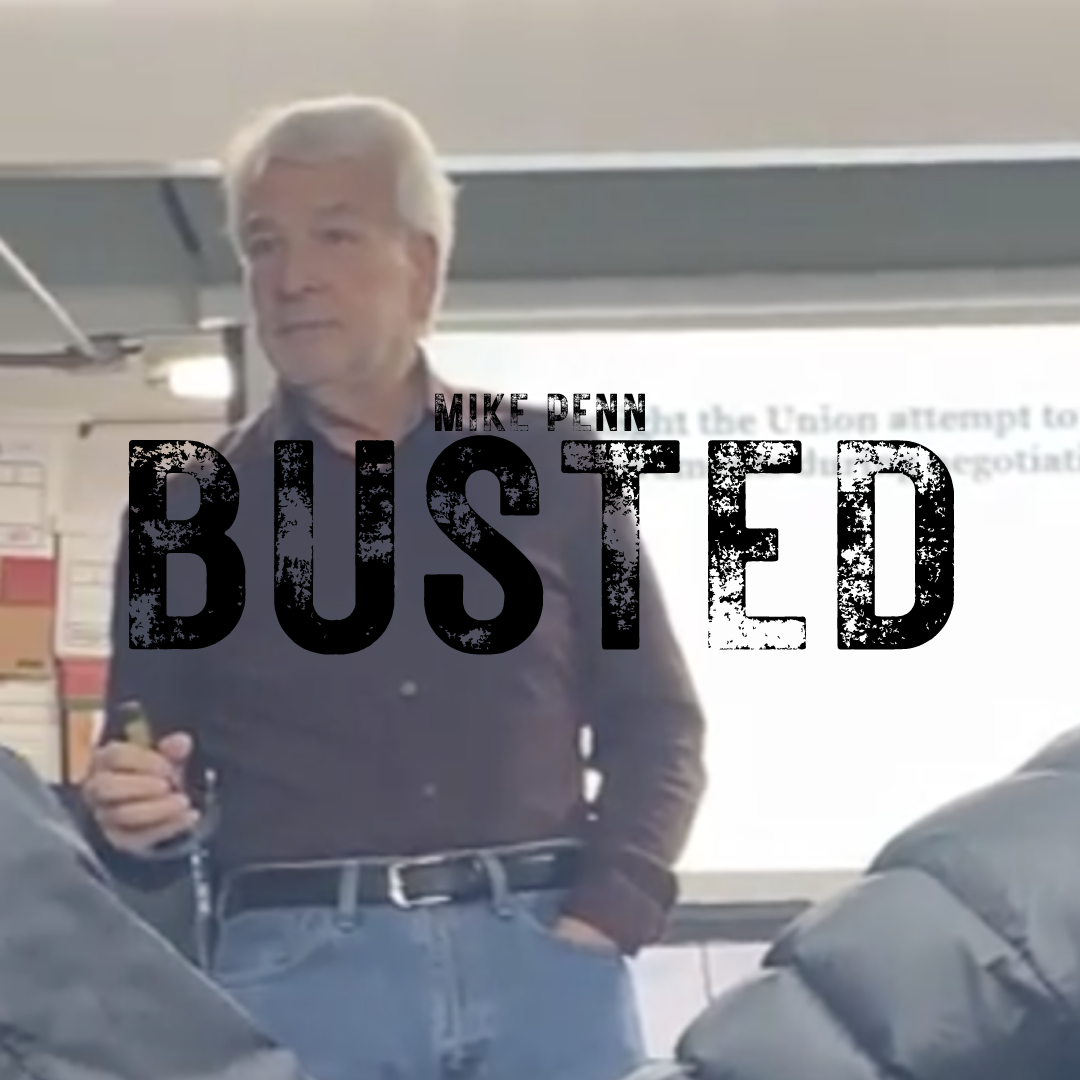 Employees at Start Elevator in Bronx, New York are trying to organize with International Union of Elevator Constructors (IUEC) Local 1. Unsurprisingly, Start Elevator was quick to go after its own employees by hiring union-buster Mike Penn, Partner at The Crossroad Group and holding captive audience meetings.

The organizing workers are pushing back.

You can watch a video of Penn heading into one of Start Elevator's union-busting captive audience meetings here.

Bringing in the union-busting industry and holding captive audience meetings, where workers are forced to attend anti-union presentations, are two of the most common tactics used by union-busters to target workers attempting to exercise their right to join together in a union.

Workers have taken matters into their own hands and exposed their employers' union-busting. On Friday December 3, workers live streamed an entire captive audience presentation delivered by Mike Penn. Every word he utters is straight out of the union-busting playbook. It's pathetic, but he's still getting paid a lot of money to try to scam his fellow humans out of having a voice in their own workplace. However, the organizing employees are having none of it. In fact, they roll over the union-buster Mike Penn, using his own logic to undress every one of his lies. They are so clearly aware of Penn's union-busting tactics and so much more intelligent that you almost feel bad for this union-buster... almost. At one point, Penn asks a Start Elevator employee to stop filming the rebuff, but the worker rightfully declines.

The following recording was originally streamed on Facebook Live. It was sent to LaborLab and has been posted with permission.

Organizers are responding passionately and supporters are being encouraged to let Start Elevator know what they think of union-busting.

Update: LaborLab is working to transcribe Mike Penn's entire union-busting presentation. We hope to post it within the next 24 hours, so check back soon. Tracking and compiling union-busting activities is labor intensive and time consuming. Help us expose union-busters by throwing a few bucks our way. Donate here >>>

Update 2: the entire presentation has been transcribed. You can access it here.

Start Elevator has been added to our Union-Busting Tracker