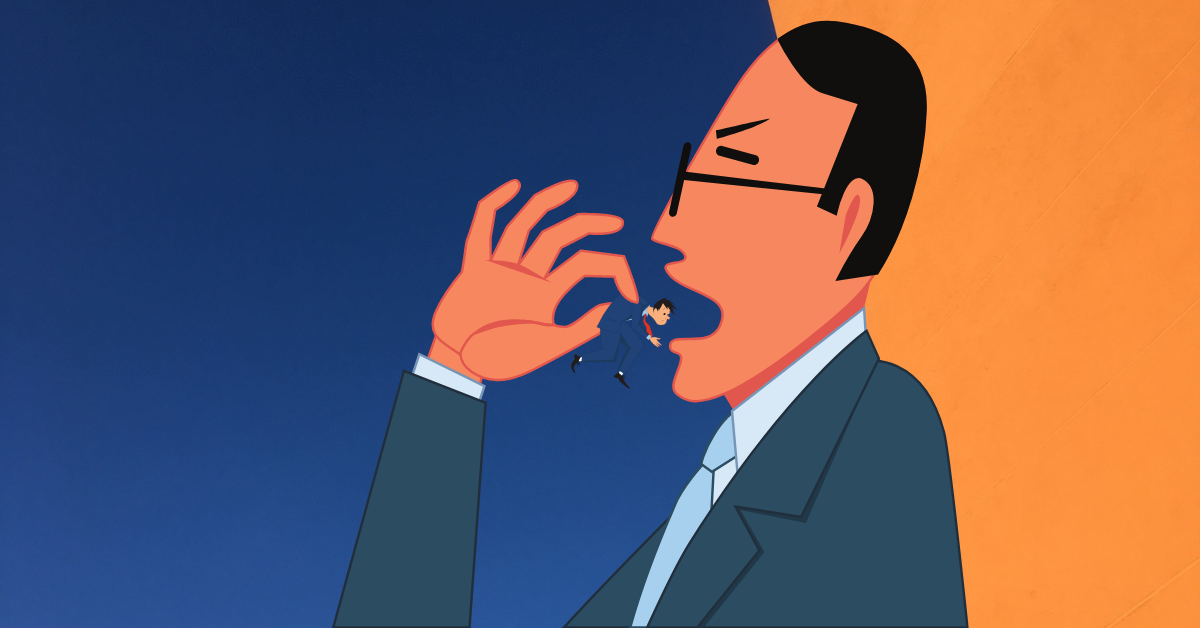 The Protecting the Right to Organize Act proposes to give the National Labor Relations Board a power that the Supreme Court has long deprived it of: the ability to impose fines upon employers who commit unfair labor practices as under the National Labor Relations Act. I have argued that this power—which ranges up to $100,000 per unfair labor practice for repeat offenders—would have a clear budgetary impact on the federal government, thus allowing at least this portion of the PRO Act to slip through the reconciliation process if necessary.

But questions abound as to whether the PRO Act’s inclusion of punitive powers would actually be effective in curbing employers’ violations of the NLRA. Companies have systematically violated the Act as basically a cost of business since at least the 1970s, and generations of labor advocates and experts have grown up in a world where the NLRA is frequently seen as an ineffective deterrent—if not outright encourager—of employer lawlessness. One can thus hardly be blamed for being skeptical of the effects of a monetary penalty for individual cases in the year 2021, where union density now hovers around six percent of the private sector.

But history reveals that the NLRA is very good at curbing unlawful activity (and re-shaping the battlefield of labor relations) when its deterrents come equipped with monetary penalties. It just so happens that all of these “sticks” currently in the NLRA’s arsenal are aimed at unions, thanks to the passage of Taft-Hartley. Let’s review some examples of the NLRA’s success in eliminating past union practices once such violations came attached with hefty financial repercussions.

This is the classic example of an economic weapon disappearing under massive legal scrutiny. Union boycotts of companies who did business with struck employers were lawful under the Wagner Act but condemned by way of Section 8(b)(4) of the Taft-Hartley Act (and its subsequent revisions in the Landrum-Griffin Act). But Taft-Hartley didn’t just approve remedial NLRB orders for violations of Section 8(b)(4), as the Supreme Court had deemed the NLRB was restricted to with employer unfair labor practices; it also created Section 303, which authorizes injured parties to sue in federal district court to recover damages against the striking unions. It was this provision which led to a Portland jury levying a $93.6 million fine against a local of the International Longshore and Warehouse Union just two years ago, which threatened to bankrupt the entire union. (The award has since been reduced to a maximum of $19 million by the district court judge.) 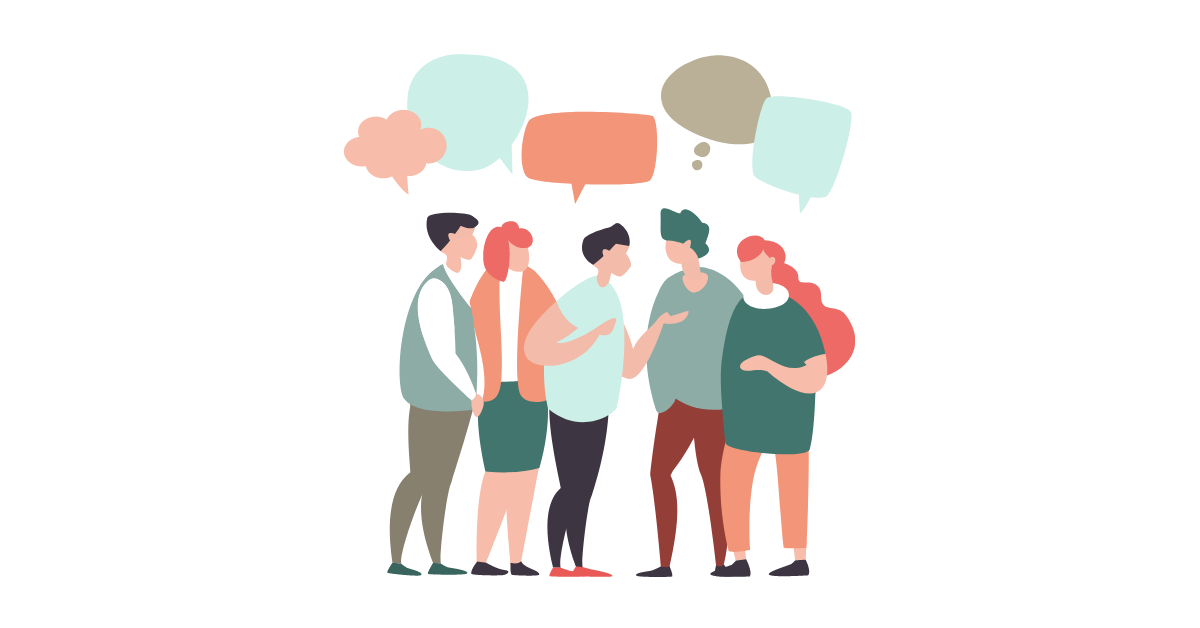 The Taft-Hartley Act also included a mandatory injunction for such violations that came with first-priority scrutiny for the NLRB’s caseload. In other words, the attorneys in the agency’s regional offices must drop everything else they’re doing if an 8(b)(4) charge is filed and give immediate attention to that case, including over union-filed requests for injunctions against unlawful employer activity (which are merely discretionary rather than mandatory for the Labor Board).

Predictably, injunctions against unions increased over 1,000% from 1948 to 1960 as the Eisenhower Board moved to eviscerate the union tactic and employers became confident of the agency’s ability to do so. The damages waiting in federal court for such violations did the rest. Today, secondary boycotts are almost extinct and are swiftly punished when attempted, as demonstrated by the ILWU case in Oregon. The law effectively exterminated this weapon from unions’ arsenals.

Like Section 14(b)’s blessing of state “right-to-work” laws, Section 8(e)—the so-called “hot cargo” ban in Landrum-Griffin—represents an attack on what unions and employers were previously free to include in collective bargaining agreements. Hot cargo agreements emerged as a contractual loophole of Taft-Hartley’s secondary boycott ban contained in Section 8(b)(4). While workers could no longer strike other companies to put pressure on their primary employer, unions like the Teamsters realized that they still had the strength to compel primary employers to contractually agree to not discipline employees who refused to handle struck goods (“hot cargo”), thus achieving much of the same effect across broader industries.

for any labor organization and any employer to enter into any contract or agreement, express or implied, whereby such employer ceases or refrains or agrees to cease or refrain from handling, using, selling, transporting or otherwise dealing in any of the products of any other employer, or cease doing business with any other person, and any contract or agreement entered into heretofore or hereafter containing such an agreement shall be to such extent unenforceable and void[.]

Congress tied this Section 8(e) ban in to 8(b)(4) as well, thus closing the loophole in the secondary boycott language and adding such violations to Section 303’s damages provisions. As a result, even the strongest unions have no means of realistically forcing employers to agree to such language, as a simple ULP charge at the nearest NLRB field office will save an employer from agreeing to such terms at the bargaining table. More importantly, the ignorant employer who agreed to such language without realizing its unlawfulness could later sue in federal district court for lost work, threatening financial ruin of any union wishing to emulate Jimmy Hoffa’s Teamsters. (Acquiescent employers may also find themselves vulnerable to attack from non-union employers.)

It is hardly surprising, then, that hot cargo agreements are virtually extinct outside of the construction industry, which contains a statutory exception to the prohibition in Section 8(e). (The garment industry also possesses an exception, but the industry is a fraction of what it was at the time of Landrum-Griffin.)

Support LaborLab with a $5 donation

Under the Wagner Act, unions could legally enforce the “closed shop”: the requirement that an employer only hire employees who were already members of the union. This made certain locals tremendously powerful and entrenched in many cities and across entire trades, so the Taft-Hartley Congress made it a priority to outlaw the closed shop and officially untether union membership from the initial hiring process.

But closed shops didn’t disappear overnight. To Big Business’s horror, this form of union security continued to thrive. Invalidating a closed shop required the filing of an unfair labor practice charge with the NLRB, but with the vast majority of the construction industry almost completely organized (early 1950s numbers pegged union membership at 2.3 million out of 2.6 million total workers nationwide), the practice persisted without much disruption. Employers enjoyed their steady stream of labor and employees enjoyed the wages and benefits they’d grown accustomed to.

The building trades’ main tool for preserving these conditions was the hiring hall, which functions as a placement office where registered applicants are referred to jobs by the union. Post-Taft-Hartley, unions are not allowed to refer applicants on the basis of membership within the operating union. However, this practice remained rampant, as unions would frequently refuse to refer nonmembers or even traveling members of different locals for nearby construction jobs.

After years of playing whack-a-mole with individual cease-and-desist orders, Eisenhower’s appointees to the NLRB made it a personal crusade to break up the closed shop in the building trades for good. They set out to do this by two means:

Eisenhower’s General Counsel then took the unusual step of publicly stating that employers and unions would be given a three-month grace period to renegotiate their labor agreements to account for these legal changes⁠—i.e., to abolish their closed shops and codify the Mountain Pacific language. I say “unusual” because the Board has no ability to seek out labor law violations itself and must wait for individual complainants to file charges with its regional offices; thus, the GC was clearly trying to elevate public attention to this phenomenon and solicit charges. This sort of public awareness campaign of the NLRB’s powers was extremely rare for mid-century Labor Boards, especially those ran by Republicans.

Suffice it to say, the Brown-Olds remedy and Mountain Pacific standards were extremely controversial. Unions claimed that the dues divestment remedy would ruin locals and was clearly unlawful under extant Supreme Court case law, which prohibited the Board from including monetary penalties under its orders that exceeded remedial relief (even if the order was calibrated to deter rampant violations of the NLRA).

Nevertheless, the Eisenhower Board’s crusade was widely successful. Unions, not wanting to put all their eggs in the Supreme Court’s basket, largely complied with the Board’s threats and opted for objective criteria in hiring hall referrals. As one notable example, Louis Sherman—the unofficial dean of building trades lawyers and longtime General Counsel of the International Brotherhood of Electrical Workers—personally recommended to all IBEW locals that they revise their labor agreements to comply with the Mountain Pacific standards. See Louis Sherman, Legal Status of the Building and Construction Trades in the Hiring Process, 47 Geo. L.J. 203 (1958). Other international unions followed the IBEW’s lead.

The Brown-Olds remedy was eventually struck down as unlawfully punitive. The Mountain Pacific standards were also nullified for wrongfully assuming that hiring halls were per se coercive. But it mattered little that the Eisenhower Board had exceeded its statutory authority. The mighty closed shop was finally broken; unions had capitulated to the NLRB’s financial threats. “Voluntary unionism”, as the Supreme Court eventually deigned it, was officially the law of the land in all major industries.

Support LaborLab with a $10 donation

(By the way, I’m not sure I agree with the Brown-Olds remedy being unlawful. The Virginia Electric case upheld a dues divestment remedy for a company union. The distinction between an unlawful company union and a lawful representative that runs an unlawful closed shop, which the Supreme Court gave so much attention to, is to me of little doctrinal importance. More importantly, I disagree with the Court’s original cases depriving the Board of its Section 10(c) right to include punitive damages in its orders. The Labor Board should have never been a solely remedial agency. I’d be happy to hear others’ thoughts on this little-discussed area of case law.)

Some may still be hesitant about the Board’s abilities to shape behavior of employers. Employers on average have far more resources than unions and have enjoyed decades of the legal landscape bending in their favor. But I counter that many (if not most) employers in this country would be highly vulnerable to a $50,000 fine for a single unfair labor practice violation and would modify their behavior accordingly. Larger employers may require more creative tactics and fiercer prosecution that tests the legal boundaries of the Board’s new powers, perhaps even resembling the Eisenhower Board’s zealousness in the 1950s. But given the success of those campaigns and the various legislative amendments of Taft-Hartley in muzzling union power, I believe these risks are well worth taking to achieve Senator Robert Wagner’s vision of industrial democracy in America.