LaborLab | The Right to Unionize

The Right to Unionize 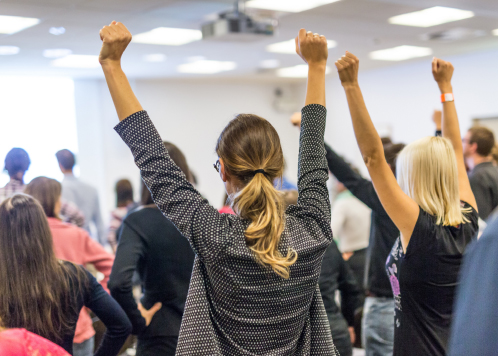 Your right to unionize is protected by U.S. Federal Law. Unfortunately, many employers and their high-paid lawyers take advantage of the fact that most Americans aren’t familiar with their rights under the National Labor Relations Act (NLRA).

The truth is that the NLRA is not that complicated and a simple understanding of the law and the rights it ensures for working Americans can make a huge difference whether or not you are successful in starting a union.

What is the NLRA?

The National Labor Relations Act of 1935 is a foundational statute of labor law in the United States. The NLRA guarantees the right of employees to organize into unions, engage in collective bargaining, and take collective action. Under the NLRA, workers have the right to self-organization, to form, join, or assist labor organizations, to bargain collectively through representatives of their own choosing, and to engage in other concerted activities for the purpose of collective bargaining or other mutual aid and protection.

What are your rights to unionize under the NLRA?

Section 7 of the NLRA guarantees you have the right to organize a union to negotiate with your employer over your terms and conditions of employment. This includes your right to distribute union literature, wear union buttons t-shirts, solicit coworkers to sign union authorization cards, and discuss the union with coworkers.

Section 8 of the NLRA states that supervisors and managers cannot spy on you (or make it appear that they are doing so), question you, threaten you or bribe you regarding your union activity or the union activities of your co-workers. You can’t be fired, disciplined, demoted, or penalized in any way for engaging in these activities.

Your employer cannot prohibit you from talking about or soliciting for a union during non-work time, such as before or after work or during break times; or from distributing union literature during non-work time, in non-work areas, such as parking lots or break rooms. Also, restrictions on your efforts to communicate with co-workers cannot be discriminatory. For example,your employer cannot prohibit you from talking about the union during working time if it permits you to talk about other non-work-related matters during working time.

There are two ways to have your union recognized: through a democratic election or through voluntary employer recognition.

If a majority of workers wants to form a union, they can select a union in one of two ways: If at least 30% of workers sign cards or a petition saying they want a union, the NLRB will conduct an election. If a majority of those who vote choose the union, the NLRB will certify the union as your representative for collective bargaining. An election is not the only way a union can become your representative. Your employer may voluntarily recognize a union based on evidence – typically signed union-authorization cards – that a majority of employees want it to represent them. Once a union has been certified or recognized, the employer is required to bargain over your terms and conditions of employment with your union representative.

How to enforce your right to unionize

If you believe your rights or the rights of others have been violated, you should contact the National Labor Relations Board promptly to protect your rights, generally within six months of the unlawful activity. You may make inquiries of the NLRB without your employer or a union, or anyone else being informed of the inquiry. A charge against an employer or union must be filed to initiate an investigation; charges may be filed by any person and need not be filed by the employee directly affected by the violations. Employees should seek assistance from the nearest Regional NLRB office, which can be found by clicking “Contact NLRB” above. It is illegal for an employer or union to retaliate against employees for filing charges or participating in NLRB investigation or proceedings.

Learn More About Starting A Union

The right to unionize is also protected by the U.S. Constitution

Additionally, the freedom of association for the advancement of shared values is inseparable from "liberty" assured by the Due Process Clause of the Fourteenth Amendment.

When politicians make it harder to join a union and employers use union-busting tactics, they're not just violating federal law, they're infringing on our constitutional right to unionize. Period.