The PRO Act Would Protect Workers and Pay For Itself - LaborLab

The PRO Act Would Protect Workers and Pay For Itself 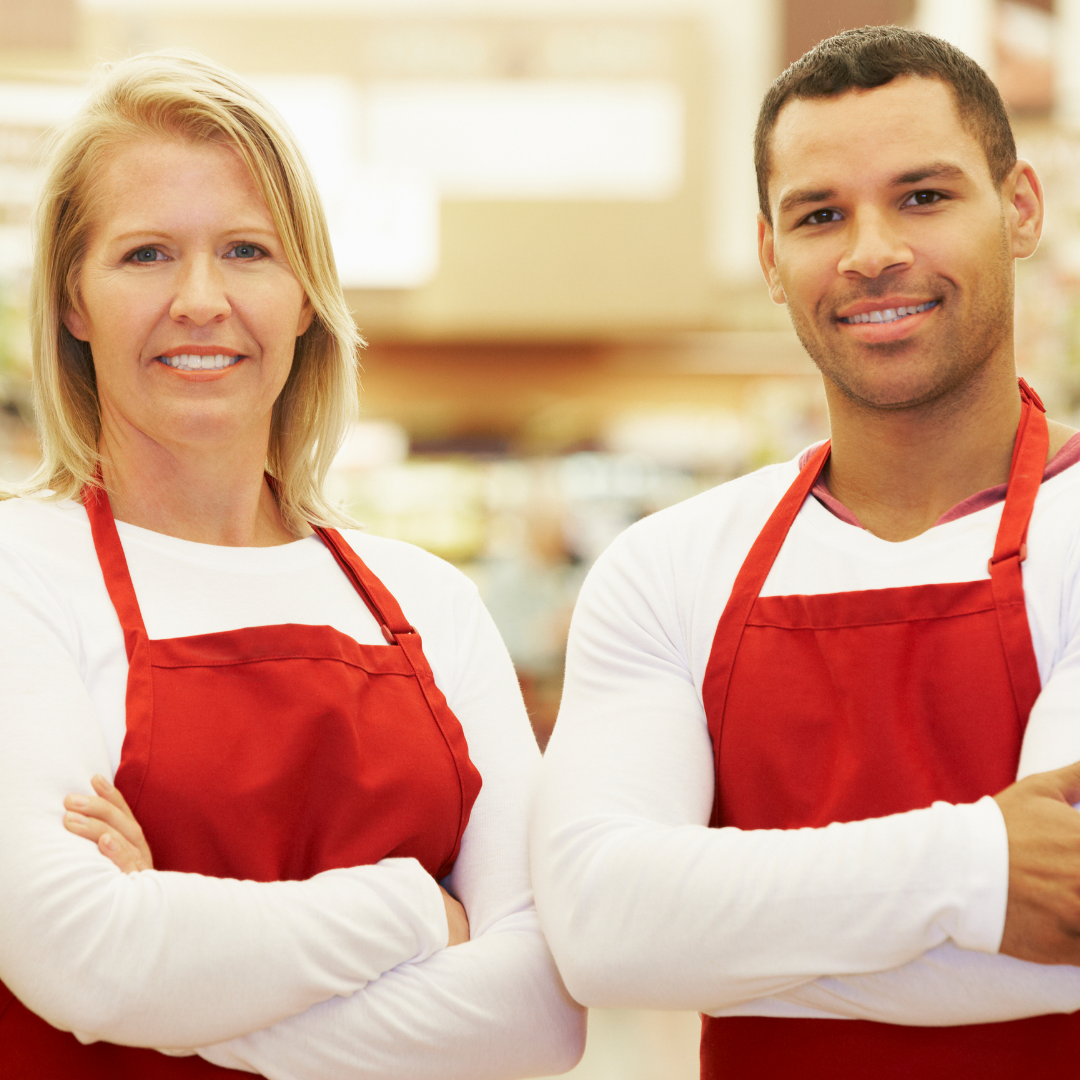 It has been common wisdom since the 1960s that the National Labor Relations Board is a structurally deficient agency. It has a broad statutory mission to protect workers’ rights by encouraging the spread of collective bargaining across American industry, but it has little means of enforcing its mandate. The text of the National Labor Relations Act was immediately interpreted narrowly by the Supreme Court to not provide for any punitive fines, so our labor law is only remedial in nature. Employers learned to exploit this loophole, and as unions became smaller and weaker, there was less economic, social, and political blowback for employers who flagrantly violated the NLRA. It even became good business, as an entire cottage industry of expert union-avoidance consultants and law firms sprung up in the latter twentieth century to teach companies how to break the law without consequence.

The Protecting the Right to Organize Act would finally bring the NLRB in line with most other federal agencies by allowing it to issue fines against employers who are found guilty of committing unfair labor practices. Penalties could run up to $50,000 for “each violation,” but that number can reach $100,000 for certain ULPs by repeat offenders (defined as those found to have committed a ULP within the previous five years).

What does this mean? Obviously, this radically changes the current employer calculus for committing ULPs. Furthermore, the PRO Act makes no distinction between “small” ULPs like supervisor surveillance or “big” ones like runaway shops; the NLRB would be charged with weighing how much to dole out on each ULP. Assumedly, a sliding scale of sorts would emerge in Board deliberation, but whatever the eventual system, the federal government would now squarely be in the business of busting the union-busters.

What kind of return would this mean for the NLRB? How many millions would this put in the treasury? I was curious how to project this, so as a rough estimate, I counted all of the “CA” (employer ULP) cases the Labor Board has published in the years of 2020, 2010, 2000, 1990, and 1980. These are the results:

A clear trend emerges, one that is recognizable for anyone with knowledge of the agency’s history. ULP charge filings and the NLRB’s broader workload have been on a swift decline since the turn of the millennium as a result of many factors, including (1) the dramatic fall in union density (and thus the shrinking of the Labor Board’s most frequent filers), (2) unions’ loss of faith in Board remedies as effective deterrents, (3) several unions’ explicit change in strategy to non-Labor Board organizing, and (4) the rise of austerity politics in the US that have shrunk the NLRB’s personnel and resources.

Prior to that, though, the NLRB saw an explosion of ULP filings in the 1970s as labor-management relations broke down from the more peaceful period of the post-war institutionalization of unions. Many scholars and practitioners wrote about the deluge of work for the Labor Board, which was constantly underfunded even with three times the employees it carries now. Notably, unions hadn’t yet lost all faith in the agency as a watchdog of labor law violations (why else did they go to the Board so frequently?).

Suffice it to say, it would take me too much time to register all of the ULPs the Board found employers to have committed in the year 1980. But 2020 was more do-able, no thanks to the pandemic and the Trump Board’s lax approach to labor enforcement.

In reviewing all of the cases (and by my best count), the Trump Board found employers guilty of 648 ULPs last year in the 174 cases in which a CA form was the lead charge. How did I get that number? Section 8(a)(1) findings were each an individual ULP, but I counted any 8(a)(2), (3), (4), or (5) finding as two ULPs, as Board case law has long held that 8(a)(1) is derivatively violated with any of those ULPs. So as an example, a simple refusal to bargain case following certification of a union, usually resolved through summary judgment, is thus two ULPs: 8(a)(5) for the refusal to bargain, and 8(a)(1) for interfering with employee rights by refusing to bargain with their duly elected representative. After all, the PRO Act says that a fine is to be issued “for EACH violation.”

I did not attempt to catalog those 648 ULPs for varying levels of severity, so there is no distinction between a 8(a)(1) threat to a few employees on lunch break or an 8(a)(3) termination of a lead union organizer. But we can get rough estimates even using this faux-homogenous sample. The PRO Act includes a provision that would hold an employer liable for accruing $10,000 violations for each day that it fails to follow a Board order, such as by failing to post a notice or refusing to reinstate an employee adjudged to be unlawfully terminated. This would serve as a reasonable minimum fine the Board could set for “small” 8(a)(1) ULPs. Applying this logic to the 2020 numbers, under the PRO Act the Board would have recovered, at minimum, $6.48 million.

But this would likely be dramatically understating the number. As mentioned, my count did not include distinctions between more serious cases that could earn the full $50,000 fine, or for repeat offenders who could earn the full $100,000. And even given the Board’s decreased workload, this would not be a “normal” number for the NLRB in any given year. The Trump Board is arguably the most anti-union panel of Board Members in the agency’s history, rivaled only by the infamous Dotson Board during the Reagan administration. They almost certainly found less ULPs in those 174 cases last year than a Democratic-majority Board would have in their place. Moreover, the General Counsel’s office, led by Peter Robb, was massively influential in which of these cases actually reached the Board. Many of them were test cases teed up to purposely let the employer off through a reversal of (perceived) pro-union precedent. Unions acted in kind and kept many such cases from Robb’s jurisdiction by refusing to file them in the first place, artificially decreasing the number of CA cases.

So while I would hate to extrapolate these numbers to past samples based on the worst-case scenario of the Trump Board, I think it ironically serves as a nice baseline. If we assume that the Trump Board’s rate of 3.72 ULPs per CA case holds steady (648 charges / 174 CA cases), and applying my $10,000 minimum per ULP, this is the number the NLRB would have collected in the other mentioned years:

Again, these numbers are likely dramatically understated. If we instead assumed an average of $25,000 fines (not an unreasonable estimate given the prevalence of “double” ULPs from 8(a)(3) and 8(a)(5) cases), then the NLRB collects almost a hundred millions dollars at its 1980 workload (even assuming Trump Board levels of hesitance)!

So let’s return to the hypothesis of this post: that the PRO Act would “pay for itself.” What do I mean by that? It seems clear to me that if fines are attached to Board remedies, unions would be far more eager to file ULPs, both as a sought remedy and a as form of deterrence. This would surely lead to an increase in the Board’s workload and grow the sample from which the Board can collect fines.

One of two things will happen after this, perhaps sequentially: (1) the Board will see a rejuvenation in its workload, necessitating a massive influx in hiring, or (2) employers will dramatically cut back on ULP-risking activity, cutting down on the Board’s workload. Either path is a win for the federal government. In the first, the treasury would be at least be profiting off of employers’ bad behavior; in the other, decreased employer violations will fulfill the NLRA’s intended purpose. But I think (2) would naturally follow (1), and that would serve as evidence that the PRO Act succeeded in its mission.

Of course, I don’t think the ULP fines provision is good because it’ll help balance the budget or any similar austerity-driven logic. But my conservative estimates of projected recouped penalties would detract from any arguments that the PRO Act is a wasteful raft of bloat that doubles down on a failed statutory scheme, and alternatively, it would make the bill a ripe candidate for the budget reconciliation process if the bill can’t be passed through normal means (i.e., if the filibuster isn’t gutted or substantially reformed). As 85 years of labor law demonstrate, ULP fines are a necessary addition to the NLRA if it is to achieve Robert Wagner’s vision of bringing industrial democracy to the American workplace.