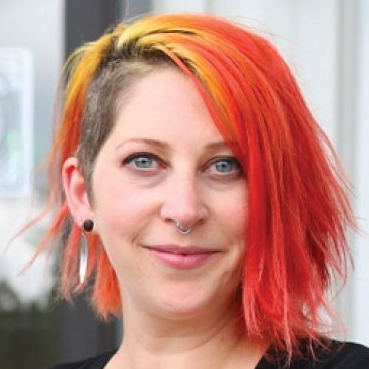 The CEO of No Evil Foods is now making the remarkable claim that NEF "just didn't know" they were union busting. In a June 2022 interview, Sadrah Schadel, co-founder and CEO, told the Evolve CPG podcast:

"We held meetings from our perspective to educate and share the pros and cons of what unionization might mean for our company at this stage of our growth. Later we learned that's termed 'union busting' and it's really frowned upon but we just didn't know. It's kinda crazy to look back on now."

Really? No Evil Foods "didn't know" they were union busting? This statement is contradicted by two key points:

First, No Evil Foods hired the services of a notorious union busting law firm called Constangy, Brooks, Smith & Prophete. As reported by The Appeal, 5/19/2020, "the firm's founder, the late anti-union labor lawyer Frank Constangy, was a leading figure in the corporate fight against organized labor's Operation Dixie campaign to unionize the South in the 1940s and 1950s. In 2017, the firm represented South Korean tire manufacturer Kumho Tire in a successful campaign against a United Steelworkers-led organizing effort at a plant in Macon, Georgia. Speaking to the labor website Payday Report, one organizer described the campaign as 'psychological warfare.'"

Second, No Evil Foods didn't "share the pros and cons" of unionization, as Sadrah says in her interview, but over the course of seven meetings subjected workers to an overwhelmingly negative propaganda campaign, fearmongering about everything from union dues, to sexual harassment, to union corruption, to the union constitution being impossible to understand, to union contracts being like a "shitty gym membership", to scaring everyone about the possibility of the investors pulling out of the company.

In one of these meetings, a worker asked if the speaker could share some benefits of collective bargaining and the speaker flat-out refused.

Additionally, the warehouse was also plastered with anti-union posters with big text reading "Is this the union YOU want to join?" with 25% of a story about a union scandal. Another poster tacked up everywhere warned workers not to fall for the union's "high pressure sales tactics" and "empty" promises.

NEF also left articles out about sexual harassment in the United Auto Workers union, a totally different union than the one NEFs workers were attempting to join.

Pro-union material always found a quick path to the garbage.

No Evil Foods hired a union busting firm, conducted anti-union meetings, tacked up anti-union posters, and employed the same union busting tactics that have been used against organizing workers for decades. And yet they nonetheless have the audacity to insult the intelligence of their former workers and customers by acting as though they simply "didn't know" they were union busting.

"Investors and some of our board members are saying to us we've never seen a company with a union raise venture capital, and that was really scary for us, being people who are not seasoned entrepreneurs. These are the experts we have in the room to learn from and take guidance from." / "You've got your financial partners and your board in your room saying one thing and you've got to toe the line and it was not easy."

Workers at NEF knew the company would put investor interests over the interests of the employees who toiled daily to keep the company alive. This is part of why they wanted a union -- to protect against the same kind of investors who ended up being the reason they lost their jobs a year after the union vote, when NEF shut down their NC plant and outsourced production to a third party copacker to cut costs.

"The negative PR fallout from what we later found to be 'union busting' or perceived as such was really devastating for the brand. Because we have so many progressive attributes and values, because it was the union busting so to speak so far from the progressive values that we hold, it became very sensationalized in the media. It did pick up a fair amount of traction and that has caused us some issues. And so I think it's sadly ironic that the job that folks were enjoying and wanting to protect ultimately got really really harmed through their act of trying to protect the job. It resulted in us having to close our manufacturing--not directly the union, I want to be very clear we don't conflate those things. It wasn't the union election that caused the manufacturing closure, but it was a lot of events happening simultaneously."

First, the negative PR fallout from what *was* union busting (it wasn't "perceived") was the result of NEFs actions. It wasn't the "PR fallout" that caused "issues" for NEFs brand -- it was NEFs actions. But the more remarkable statement is Sadrah saying she thinks it's "sadly ironic that the job that folks were enjoying and wanting to protect got really harmed through their act of trying to protect the job" -- again, blaming union organizers for the "PR fallout" and the media backlash. Again, not taking accountability.

The "PR fallout" merely put a spotlight on what NEF did to their workers -- the ensuing backlash was not their fault.

"We went out and were trying to raise more capital at the end of 2020 and were in deep discussion with a strategic investor and took about six months to go through the due diligence process with these folks. Had a cash componenent tied up to bridge us to final culmination of the investment. When that investment didn't end up going forward, two million dollars dropped out of our grasp overnight. That happened on a Monday. ... And so we had to make a quick, devastating, heartbreaking decision, to shut our manufacturing that Friday."

Over the summer of 2021, DMs from Sadrah were leaked where she was telling people in private that her team "didn't have warning" because "we didn't have warning" and yet here Sadrah is just a year later admitting that their supposed investment dropped on a Monday, and their team found out about it on Friday -- the same Friday they were fired without warning or severance.

Even if we put aside the fact that former workers were leaking info that NEF was scouting co-manufacturers in early 2021, even if we ignore the investor deck from 2020 showing that outsourcing production was always in the plans, and if we just take NEF at their word -- that they only had a week's notice -- why did they wait a whole five days to tell their team?

Monday, the beginning of the week, would have been more time to help workers start finding new jobs. Instead, NEF waited and extracted one more week of labor from their workers, one more week of products, and decided to tell their team on a Friday before the weekend that they were all fired. No severance. No accrued paid time off. Healthcare benefits cut on the spot.

"It took us a long time to sort of be okay with what happened. There was a period of time when we really wanted to, not save face, but put on a good face, and say everything is fine, we're going to keep going forward, everything is great. And not really admit how hard this was on everyone. We had to lay off our team, it was really, really hard, from so many different angles. We were getting personally attacked online, turned into memes, it was really messy."

One is left to wonder what this period of "saving face" entailed.

During the summer of 2020, No Evil Foods exploited and abused copyright laws and managed to get two podcast episodes taken down on Dixieland of the Proletariat and Working People Podcast after they shared leaked audio from their anti-union meetings. They also got the entire website of investigative journalist Andrew Miller taken down for the same reason.

These episodes and the website were later restored after the Electronic Frontier Foundation, a digital civil liberties group, stepped in and warned NEF against misusing copyright laws for the purpose of censorship.

They also published evidence-free claims in a VegNews article which included an assertion that union supporters were "extorting" them and threatening their family.

Right up until the layoffs, NEF continued to justify their handling of the union. "Unfortunately, not everything you read on the internet is true. No one was fired because of their interest in unions or hazard pay," they said in a tweet dated May 22, 2021.

Only after they no longer had to worry about a team that could organize, and possibly unionize, did they ever start talking more openly about their actions over the last two years.

And yet even as they appear to speak more openly about the union election, they still can't admit they were union busting without the added caveat that they "didn't know", despite hiring a union busting law firm, holding traditional captive audience meetings, plastering the warehouse with anti-union posters, and despite it being public knowledge that, as reported by VICE, 9/17/2020, the National Labor Relations Board found merit NEF was "interfering with, restraining, and coercing employees" because they "assisted a union" and "circulat[ed] a petition seeking hazard pay…for the purposes of mutual aid and protection." Instead of facing a humiliating loss in court, NEF settled with the workers they wrongfully fired for over $40,000.

Again, it sure is a timely coincidence that NEF had a spontaneous epiphany about their conduct over the last two years now that they don't have workers to answer to who can organize.

Learn more about the union busting at No Evil Foods at MoEvilFoods.com