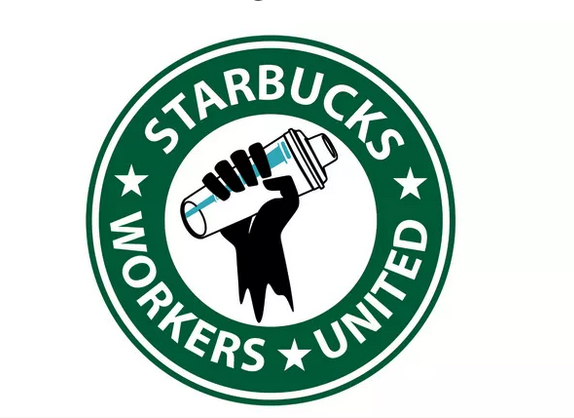 Brittany, a manager from a Starbucks cafe in Arizona who has evidence of Starbucks’ union busting activities, reached out to the workers in Buffalo when she learned the company was sending managers and executives from around the country to Buffalo with the explicit purpose of defeating the union effort. Brittany stepped forward as a whistleblower to give testimony to the National Labor Relations Board to support the union’s charges of unfair labor practices at Starbucks because she did not want herself or her co-workers to be put in a position of violating Buffalo Starbucks partners’ right to organize.

Brittany’s willingness to stand with Starbucks partners and call out her employer’s wrongdoing is courageous, to say the least. However, Brittany’s story doesn’t end there.

Brittany is 28 years old and is currently undergoing chemotherapy to battle leukemia. Facing this in addition to a series of retaliatory actions from Starbucks ever since she shared the evidence of Starbucks’ union busting with the New York Times, Brittany decided to leave the company at the end of the month. On Monday she was called by Starbucks and told she was being terminated before the agreed upon end date.

Starbucks Workers United has launched a GoFundMe for Brittany and we encourage you to give.