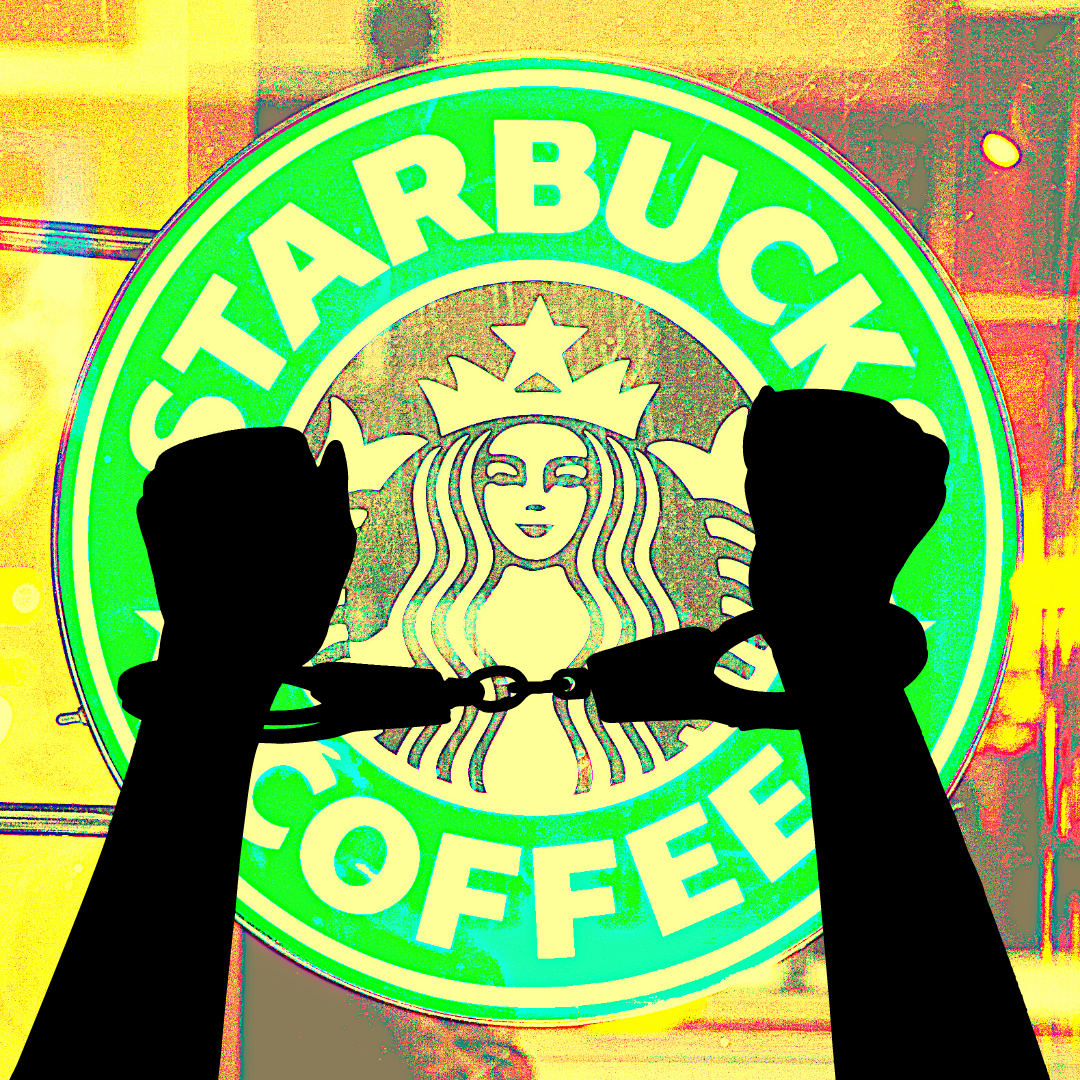 Starbucks workers are organizing en masse, which is their legal and constitutional right, but Starbucks thinks it's above those rights.

Late last night, news broke that Starbucks had fired several Memphis employees involved in unionization efforts, saying the workers violated company policy. The violations appear to be more fabrication than anything else. Interesting, Starbucks still hasn't commented on forcing employees to attend captive audience meetings, which violated COVID-19 protocols and actually ended in two locations having to be temporarily closed. 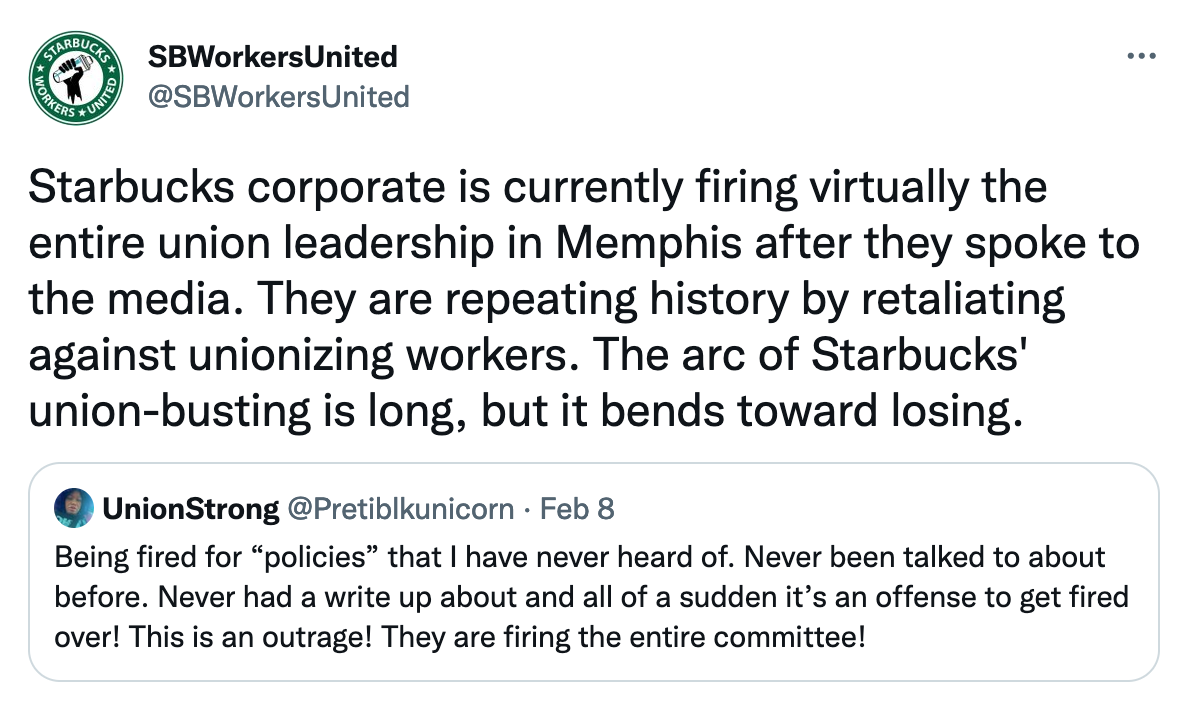 The backlash to these illegal firings has been pronounced on Twitter and other social media platforms, but Starbucks needs to hear from its current and former customers:

In the United States, workers have the legal and constitutional right to organize unions -- something corporate American and the union-busting industry wants us to forget.

Violations of these provisions are known as Unfair Labor Practices. Such violations are unfortunately common in the workplace, so it is essential to be equipped to spot them when they occur. Such employer actions can warrant a complaint to the National Labor Relations Board (NLRB), the organization which enforces the NLRA.

Additionally, the freedom of association for the advancement of shared values is inseparable from "liberty" assured by the Due Process Clause of the Fourteenth Amendment.