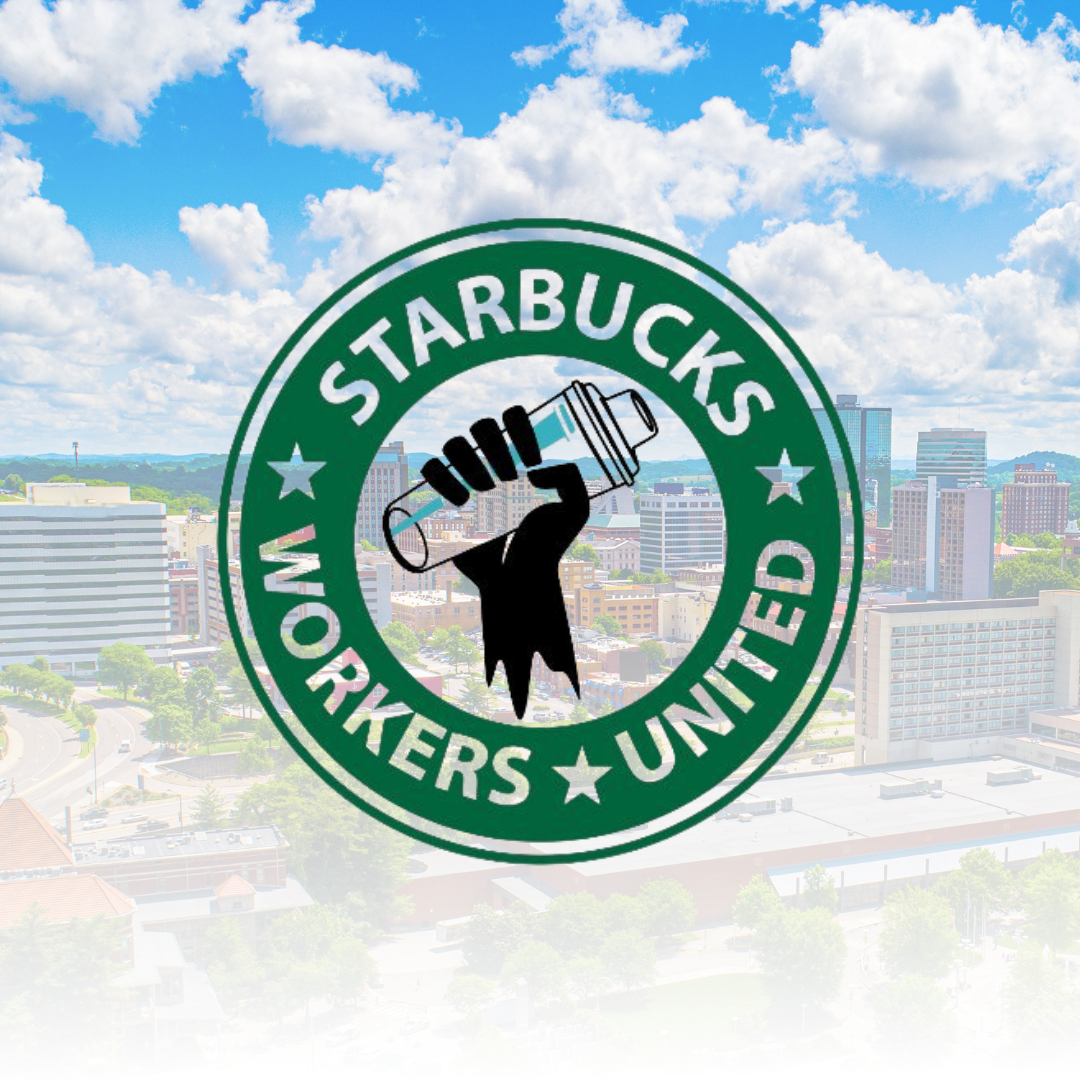 On January 19th, 2021 in the wake of our union election petition, our partners in Knoxville, Tennessee were scheduled for the first of many Captive Audience meetings with corporate representatives from Starbucks. Our team had never met one of the managers conducting this meeting, but it was plainly obvious that they had strategically split our partners into groupings based on less vocal/more vocal personalities. It seemed as if the younger partners were designated to the second meeting specifically, however all management involved were to attend both meetings in their entirety. We were repeatedly told that our representatives are “pro-partner” and “pro-fact”, and they desired to create a space for partners to truly “get the facts to be able to make the right decision from here”. They attempted to create this narrative that Starbucks doesn’t always get it right, but they have a history of “listening” to partners' grievances. I submit to you the unequivocal fact that this false narrative is not characteristic of the genuine partner experience that I or my team at Merchant’s Drive have experienced.

Corporate wanted to draw attention to the fact that Worker’s United is a third-party organization, and confidently told us that the election is solely decided by those who actually vote. We were falsely told that if only 6 partners voted, then those partners would alone decide the outcome of this election. We all know that this is far from true, but this is the “pro-fact” relationship Starbucks is trying to garner with its “partners”. We were told that all conditions of employment would be up for negotiation, and it was implied that these negotiations could potentially take away our ability to transfer between stores. We were fed the narrative that Worker’s United is, “an organization, not partners for partners, but an entity”, as if the multi-billion dollar corporation that is actively fighting against its “partners” is somehow any different. We were also repeatedly told that the average time between the yes vote on the union election and reaching a collective bargaining agreement is approximately 460 days. When asked why exactly it takes so long to reach a collective bargaining agreement, there was obviously no clear answer.

The floor was consistently passed around for partners to ask questions, however when they did, the answer was always “that’s an unanswered question that would have to be answered by Workers United in collective bargaining”. Corporate in return was asked if there would be any space created in these “pro-fact” meetings for Workers United to answer these questions, to which we were told an unwavering no. Is this representative of “pro-facts” or “pro-partner” behavior, when we know that there has to be significant interest in union representation from the partners working at that location to even file for a union election? In addition, our store had a specific lingering maintenance issue pertaining to moldy floor tiles due to acidic liquids deteriorating the grout lining. This was a well-known issue in our store that had a work order approved in Summer of 2021.There was nothing done about this issue which bothered not only customers working in our lobby, but every partner who was forced to close the store until the moment it was finally addressed by corporate and subsequently repaired . There was absolutely no work scheduled on this issue until we announced our union petition. Suddenly, within two weeks we were able to close early three days in a row to utilize three different contractors to finally address and repair the grout. We were repeatedly assured this was not reactionary, and that it only took so long because of the aftermath of Covid-19. Being in Tennessee, I assure you there are more than a few construction companies who would be chomping at the bit to work for a multi-billion dollar corporation who would surely need more similar work done in the future.

Not only were we denied basic truthful information pertaining to this union election, but as a result of this large group meeting during an ongoing global pandemic we were all exposed to Covid-19 across BOTH meetings. We ended up having to shut our doors down from January 20th until the following Tuesday, January 25, 2021. Partners legitimately got sick as a result of this union busting meeting that we were required to attend. Would you think that this issue would hopefully incentivize Starbucks to make these unnecessary union-busting meetings go away for the foreseeable future? Well, they don’t see it that way. We are again scheduled for more captive audience meetings in the following weeks. When a request was put in to move these meetings to a Zoom format, that request was instantaneously denied. Thankfully as a result of Elmwood partners striking against the lack of Covid safety precautions, we did receive wages for these missed shifts due to isolation. However, it’s evidently clear that Starbucks takes no issue with partners' inability to provide food on the table for their families as a result of persisting closures for unnecessary meetings/unnecessary Covid exposures.