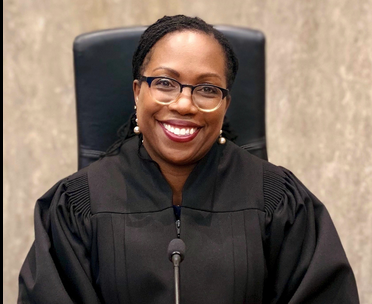 Wondering who President Joe Biden just nominated to be the next Justice for the Supreme Court of the United States (SCOTUS)? This article from Reuters on February 1, 2022 may offer some clues.

Feb 1 (Reuters) - A judge seen as a leading contender to be nominated by President Joe Biden to the U.S. Supreme Court penned her first ruling as an appeals court judge on Tuesday, striking down a policy begun under former President Donald Trump that had restricted the bargaining power of federal-sector labor unions.

Judge Ketanji Brown Jackson of the U.S. Court of Appeals for the District of Columbia Circuit wrote that a federal labor board failed to explain its abrupt departure in 2020 from decades of precedent when it limited government agencies' obligations to bargain with unions over workplace changes.

The ruling represented an important win for unions that collectively represent more than a million government employees and could help burnish Jackson's reputation with organized labor and Democrats as Biden considers appointing her to the Supreme Court. Labor unions are an important constituency for Democrats.

Read the full report from Reuters.