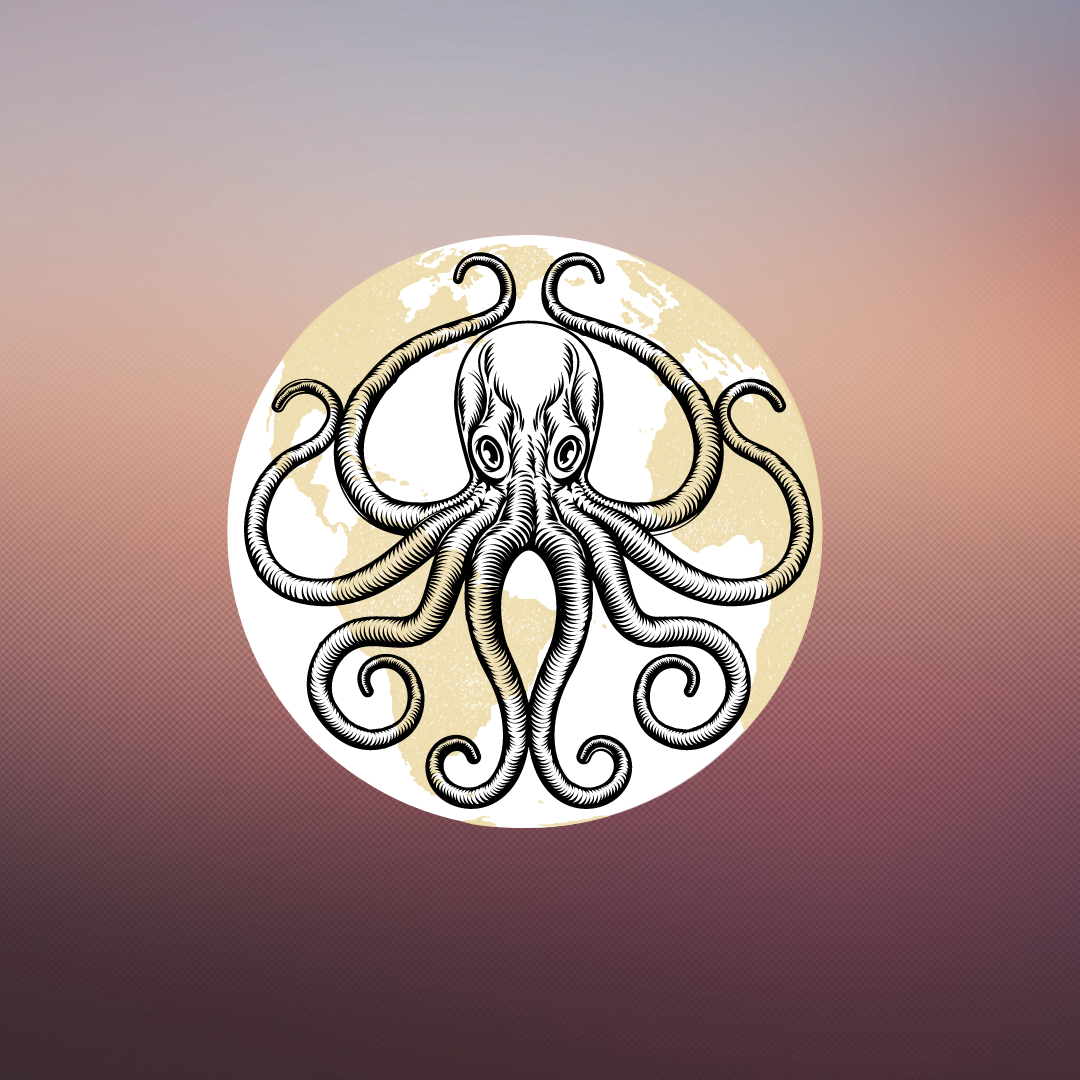 The United States is alone among rich democracies in allowing an enormous industry of law firms dedicated to defeating union organizing campaigns and keeping their clients—including many multinational corporations (MNCs)—union free. These firms have perfected union avoidance techniques that make it extraordinarily difficult for unions to organize in the private sector.1 In recent years, several firms that specialize in union avoidance activities have extended their activities globally: Littler Mendelson and Ogletree Deakins employ attorneys in multiple countries, provide union avoidance advice to a growing number of MNCs and have annual revenues in the hundreds of millions of dollars. Other large law firms specializing in union avoidance, such as Jackson Lewis and Fisher Phillips, have internationalized operations through alliances with overseas management law firms.

This report was originally published in the New Labor Forum and was written by John Logan, Professor and Director of Labor and Employment Studies at San Francisco State University

Union avoidance law firms have grown increasingly concerned that unions have used International Labour Organization (ILO) conventions and other international labor standards to advance organizing campaigns. As a result of the growing importance of MNCs, both in the United States and worldwide, American unions such as the Service Employees International Union, United Food and Commercial Workers and others have participated in global organizing campaigns.2 Conducted with the assistance of UNI Global Union, International Transport Federation, and other global union federations, these multifaceted campaigns have stressed corporate violations of core ILO conventions and have utilized soft law instruments such as the United Nations Global Compact and the Organisation for Economic Co-operation and Development (OECD) Guidelines for Multinational Corporations. In response, large union avoidance law firms have not only internationalized their operations, but also proposed using global standards offensively against labor organizations, and attempted to use ILO jurisprudence to argue that employers have a right—and even an obligation—to oppose unionization.

Littler Mendelson is the world’s largest management-side law firm focusing exclusively on labor and employment issues. Since Littler was founded in San Francisco in 1942, union avoidance has been a major area of its expertise. In 2018, Littler employed over 1000 attorneys in the United States and over 1500 worldwide. With twenty six of its eighty-one offices located overseas, Littler has been the union avoidance firm most aggressive in expanding internationally. “Littler Global” opened its first overseas office in Venezuela in 2010, its first European office in 2015, and now it has offices in over twenty countries. Littler opted for overseas offices rather than forming international alliances with overseas firms in order to provide clients with a “coordinated service.” The U.S. branch operates as a separate financial entity, but Littler Global is “really trying to be one firm.”3

Ogletree Deakins is the nation’s second largest management-side law firm specializing in union avoidance. Like Littler, it has expanded by opening its own overseas offices, rather than engaging in alliances with other management law firms. Ogletree opened its first overseas office, which it called a “game-changer,” in Berlin in 2012. It has subsequently opened offices in London, Paris, Toronto, and Mexico City. Five of Ogletree’s fifty-three law offices are overseas; it publishes a global labor relations newsletter, and it recently expanded its “cross-border practice” to include global labor standards and corporate codes of conduct.4 Ogletree’s expanding international focus has been “client-driven”—a direct response to demands from corporations for its labor services in multiple countries. Over the past four decades, Ogletree has advised many foreign MNCs operating in the United States—including Nissan, Michelin NA, BMW, Mercedes-Benz, and Ikea—and has played a leading role in keeping them union free.

Union avoidance firms have sought to counteract the unions’ use of international standards to advance organizing, warning that corporations must “own the debate” on global labor standards or “the unions will define it for you.”7 Littler attorneys have helped MNCs “formulate and implement strategies to respond to efforts by labor unions . . . to discredit them through global campaigns.”8 Likewise, one senior Ogletree attorney (who advised the U.S. employer group at the ILO) has “defended clients in global corporate campaigns.”9 The firm states that it responds to all forms of union organizing activity, including “global attacks.”10 Jackson Lewis, meanwhile, has warned employers that global corporate campaigns are about to “turn nasty,”11 and predicted that, as multinationals struggle with more sophisticated union tactics, “international corporate campaigns may shift more toward the American-style of organizing and counter-campaigns, particularly in European countries.”12

Union avoidance attorneys have cautioned against signing global framework agreements with global union federations because they provide labor with “ammunition” and “can deny a business the use of union avoidance measures.”13 Littler attorneys have criticized Swedish fashion retailer H&M for signing an international framework agreement with UNI Global Union and a neutrality agreement with the United Food and Commercial Workers, which resulted in the unionization of over 2000 retail workers in New York City and Long Island. Framework agreements, the firm cautioned, are especially problematic for “public-facing” retail brands.14

Union avoidance attorneys have advised employers to deploy global standards offensively against labor organizations. Littler attorneys have suggested using the OECD complaints process, which is intended to protect worker rights against violations by MNCs, to attack global union federations by making their financial records publicly available. Unions have filed OECD complaints during several global organizing campaigns, including those at Nissan, T-Mobile, DHL, and Ikea. Littler attorneys have proposed filing an OECD complaint against global union federations and establishing and funding a group “to process and publicize the case.” This “interesting idea” would put labor “on the defensive” and provide corporations targeted by unions with “a tool to respond to criticism.”15

Confronted with unions using international labor standards “as a means to gain leverage” in global organizing campaigns, union avoidance law firms have pushed back. Littler attorneys have argued that, under international law, employers not only have a right, but also have an obligation to oppose unions: ILO jurisprudence requires them to speak out against unionization, otherwise workers will be denied access to information they need to make an “informed” choice:

[I]t may be a violation of international law for employers to be limited in their right to freedom of expression and opinion . . . By agreeing to remain silent, an employer effectively may deny workers information, opinions and ideas they have a right to receive . . . Under international law, information from employers . . . is not only welcome, but also . . . necessary.17

. . . [U]nion avoidance firms have consistently opposed union access to the workplace in order to make the case in favor of unionization.

However, while arguing that neutrality agreements violate workers’ freedom of association because they do not get to hear “both sides of the story,” union avoidance firms have consistently opposed union access to the workplace in order to make the case in favor of unionization.18 Thus, labor neutrality and union access agreements, they have argued, are bad for both corporations and their workers and also violate international law.

In May 2010, the ILO’s Committee on Freedom of Association (CFA) issued a decision that the U.S. employer community has interpreted as an endorsement for American-style anti-union campaigns. The decision involved an anti-union campaign at Delta airlines in which the company advised employees to destroy their ballot papers (“shred it!”) because under the Railway Labor Act, non-votes were counted as votes against the union. Along with the AFL-CIO, the Association of Flight Attendants-Communication Workers of America filed a complaint with the CFA stating that the policy on non-votes enabled hostile employers to manipulate the process to defeat union campaigns. While critical of the “shred it!” campaign, the CFA defended employers’ right of free expression—the first time, according to Littler attorneys, that it had made such a statement.19

In May 2010, the ILO’s Committee on Freedom of Association (CFA) issued a decision that the U.S. employer community has interpreted as an endorsement for American-style anti-union campaigns.

Union avoidance law firms immediately publicized the CFA’s decision. In what they called a “fresh perspectives from the ILO,” Littler attorneys (who have represented Delta on labor issues) wrote that the Delta decision was of “tremendous significance” and the “first definitive statement by the ILO to confirm that the right of employers to express their opinion about labor unions trying to organize their employees under U.S. law is consistent with international law.” Jackson Lewis concluded that, with the Delta decision, the ILO had effectively endorsed employers’ use of “third-party persuaders or management consultants to communicate directly with employees about management’s opposition to unionization.”20 International labor organizations protested their interpretation of the Delta decision, but union avoidance law firms have continued to cite it in policy briefs, newsletters, conference presentations, blog posts, and at every other opportunity.

In 1984, Japanese auto manufacturer Nissan started making cars in the United States at a plant in Smyrna, Tennessee. With the assistance of Ogletree Deakins, it resisted union campaigns in 1989, 1998, 2000, and 2001. Between 2014 and 2017, Littler Mendelson advised Nissan during a ferocious three-year anti-union campaign in Canton, Mississippi, where many workers were African-American. Civil rights leaders, ministers at black churches, and leaders of historically black colleges criticized Nissan for running “one of the nastiest anti-union campaigns in modern American history.” The United Auto Workers (UAW) and the global union federation IndustriALL subsequently filed a complaint accusing Nissan of violating the OECD Guidelines for Multinational Enterprises. In a move the U.S. National Contact Point (NCP) described as “regretful,” Nissan refused its offer of a non-binding mediation process. The refusal was no surprise—employers have turned down the NCP in every U.S. OECD complaint—but Nissan invoking the ILO was surprising. Advised by its U.S. union avoidance lawyers, Nissan insisted that the U.S. NCP should not broker an agreement that would place the company “in a position of . . . waiving employer rights . . . recognized by the ILO,” that is, its right to campaign vigorously against the union.21

Over the past decade, the four largest management-side law firms specializing in union avoidance have internationalized their operations. Through overseas offices or strategic alliances, Littler Mendelson, Ogletree Deakins, Jackson Lewis, and Fisher Phillips have expanded their reach to Latin America, Europe, and Asia. They have also engaged in the debate over global standards and predicted that U.S.-style counter-organizing campaigns may take hold overseas. Union avoidance law firms have advocated using the OECD Guidelines on Multinational Corporations to attack global union federations, cautioned corporations against signing international framework agreements that limit their union avoidance options, and argued that, under ILO jurisprudence, employers have not just a right but an obligation to campaign against unionization and collective bargaining. This union avoidance internationalism poses a significant threat to workers who have benefited from global campaigns, and presents another obstacle in the path of unions attempting to organize at MNCs.

15.Littler Mendelson, “The U.S. NCP and Developments on Extraterritoriality,” available at https://www.slideserve.com/sean-fox/stefen-marculewicz. Information is found on slide 7.

16.Testimony of Stefan Marculewicz before the United States House of Representatives Subcommittee on Health, Employment, Labor, and Pensions, April 26, 2018, available at https://edlabor.house.gov/imo/media/doc/Marculewicz%20Testimony.pdf.

20.Stefan Marculewicz and Brent Wilton, “Employer Freedom of Opinion and Expression Within the Context of Union Organizing—A Fresh Perspective from the ILO,” Littler, November 10, 2010, available at littler.com/publication-press/publication/employer-freedom-opinion-and-expression-within-context-union.

John Logan is Professor and Director of Labor and Employment Studies at San Francisco State University.