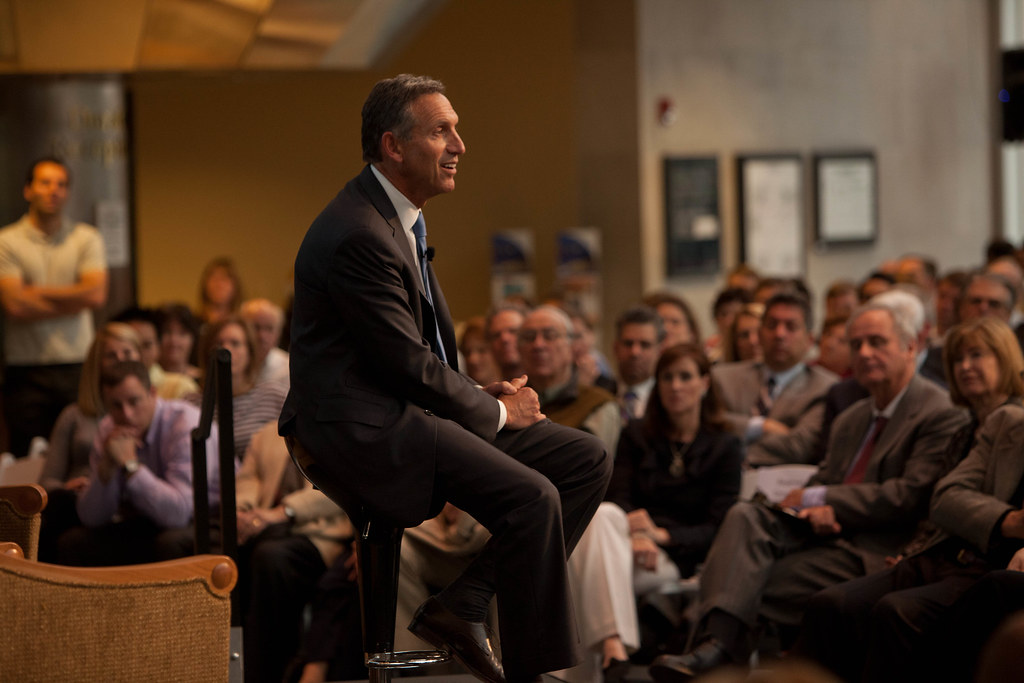 Longtime CEO Howard Schultz has returned, apparently to squelch his baristas’ campaign for a voice on the job.

The longtime CEO of Starbucks, who’d stepped down in 2017, was abruptly brought back yesterday by the company’s board of directors to handle what those worthies consider the crisis presented by their employees’ increasingly assertive drive for more voice on the job. The Starbucks board, by the way, is stocked with fast-food executives and even one member who handles Apple’s business in China—in other words, experienced enforcers of worker powerlessness. But the decisive force behind the sudden retirement of Starbucks’s current CEO and the elevation of Schultz almost had to be Schultz himself.

In announcing the return of Schultz, Starbucks said his CEO-ship was “interim” until a permanent replacement could be found. After a brief previous retirement, Schultz returned once before for nine years. Just how “interim” his renewed gig is remains to be seen.

In a sense, Schultz is the very personification of the ineradicable authoritarianism of the American CEO. Unlike, say, the Koch brothers or the generations of right-wingers who’ve run Walmart, Schultz has staked out the terrain of the enlightened capitalist, offering various benefits to his baristas, and even flirted with running for president as an independent in 2020—a fair measure of his egomania. But even as a presumably benevolent boss, his opposition to worker power is every bit as foaming as his Ebenezer Scrooge peers’. When he first took over Starbucks in 1987, he waged a determined and successful campaign to decertify the handful of outlets that were unionized, and when Buffalo baristas threatened to unionize in the past few months, he flew to Buffalo to make clear to them why they shouldn’t.

Read the full report from The American Prospect