Report: Politics and Prose Brings in the Union-Busting Industry - LaborLab

Report: Politics and Prose Brings in the Union-Busting Industry 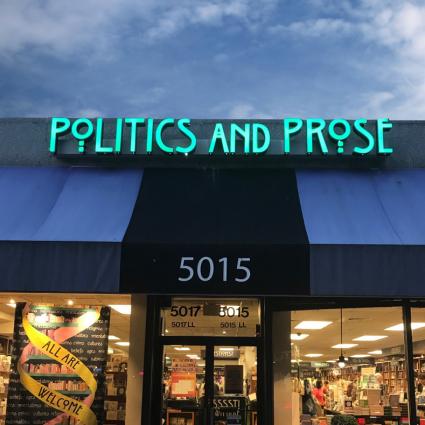 Politics and Prose owners Bradley Graham and Lissa Muscatine have hired a law firm known for its aggressive anti-union tactics, shortly after employees filed a petition for an election through the National Labor Relations Board.

The owners hired Jones Day, one of the largest law firms in the nation, after declining to voluntarily recognize their workers’ union.

“When a union files a petition, the NLRB process moves swiftly,” Graham tells DCist/WAMU via email. “We had worked with Jones Day before on a number of employment and labor matters. They knew us, and we knew them. They were available right away. That’s why we retained them.”

Politics and Prose workers who are organizing expressed disappointment in their employer’s decision on Twitter, noting the law firm’s ties to former President Donald Trump. According to the New York Times, Jones Day was involved in roughly 20 lawsuits involving Trump, his campaign, or the Republican Party and received $18.8 million collectively. The Times also reported that the firm represented Trump and the Republican Party as they tried to contest the results of the 2020 election, but Jones Day denies participating in “any litigation alleging voter fraud.”

“These are not the actions we have come to expect from Politics & Prose, nor do they reflect the values of our mission statement,” Politics & Prose Workers Union said in a statement on Twitter. “However, we are undeterred. We are forming our union.”

Politics and Prose has been added to our Union-Busting Tracker