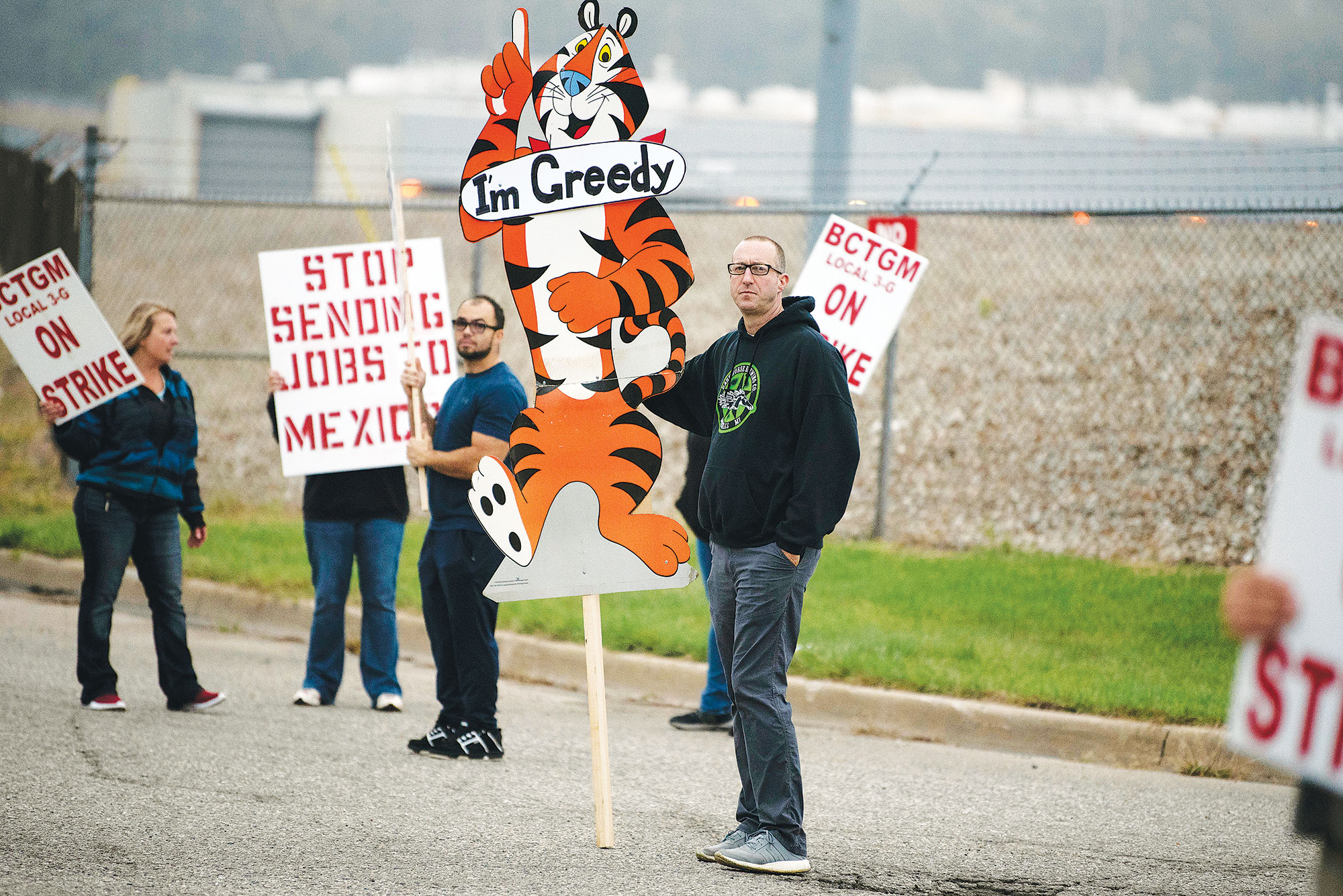 Kellogg announced it plans to hire permanent replacements after union members voted against the cereal company’s latest offer this week.

For the past nine weeks, 1,400 Kellogg workers have been on the picket line in Michigan, Tennessee, Pennsylvania and Nebraska. In Battle Creek, where the company is headquartered, 325 hourly workers are standing with the union’s decision to not return until their demands are met.

Workers walked out at midnight on Oct. 5 once their contract expired. The heart of the negotiation is the company’s two-tier system the union says keeps “transitional” workers at a lower pay and benefit level for longer than agreed upon.

Kellogg's has been added to our Union-Busting Tracker