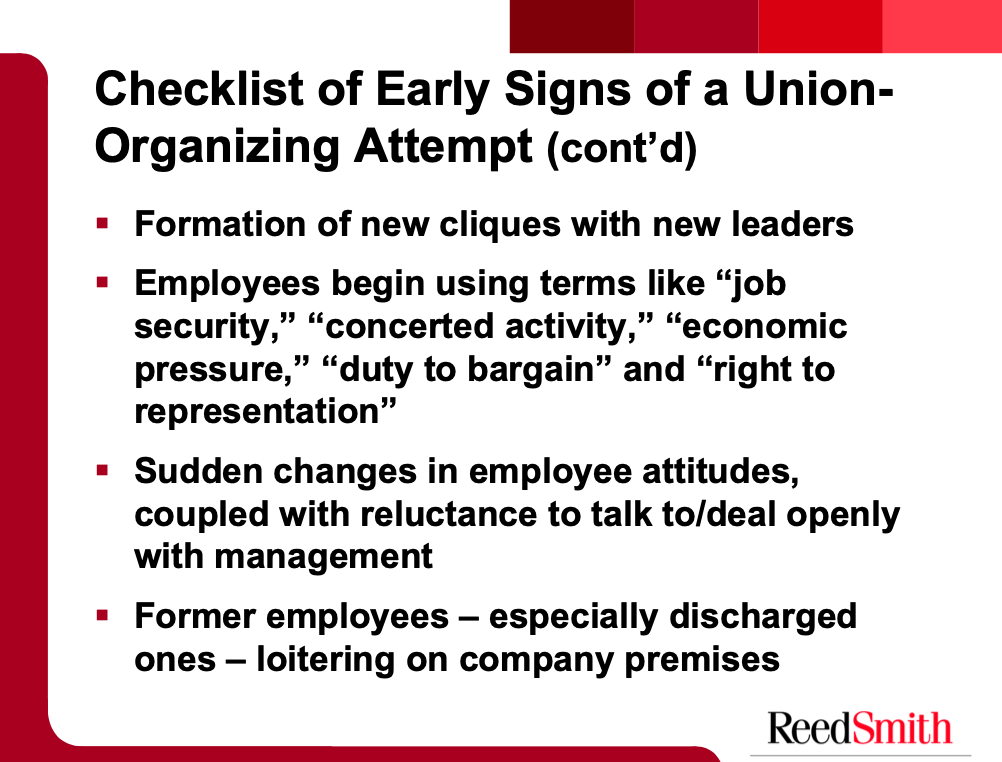 ReedSmith, a union-busting law firm representing Activision Blizzard in its attempt to silence organizing workers, has inadvertently shared their "union avoidance" PowerPoint Presentation with the internet. And it's pretty gross.

ReedSmith, which is listed on LaborLab's Union-Busting Watchlist, and their anti-union presenatation was brought to our attention today by Jessica Gonzalez, founder of ABetterABK. In a Tweet, Gonzalez shares an insulating and offensive slide from the ReedSmith presentation that illustrates the level of contempt workers are viewed with by the union-busting industry.

I am losing my fucking mind at this actual post from Activision blizzards law firm representing them in the NLRB HEARING https://t.co/3A1meljDuI pic.twitter.com/YU6PK855pk

Gonzalez, who is an advocate for workers in the gamin industry, has over 14,000 Twitter followers, so the the slide gained attention -- quickly. At the time of this writing, the slide had been retweeted over 5,000 times. ReedSmith responded by removing their offensive presentation from the internet. Obviously, they don't know who they're dealing with: people who know and understand the internets. Thanks to Twitter users @tevruden and @thatcher_gaming, LaborLab was able to capture the entire presentation. Here it is for you to study... WARNING! This presentation may make you feel uncontrollably angry and/or nauseous.