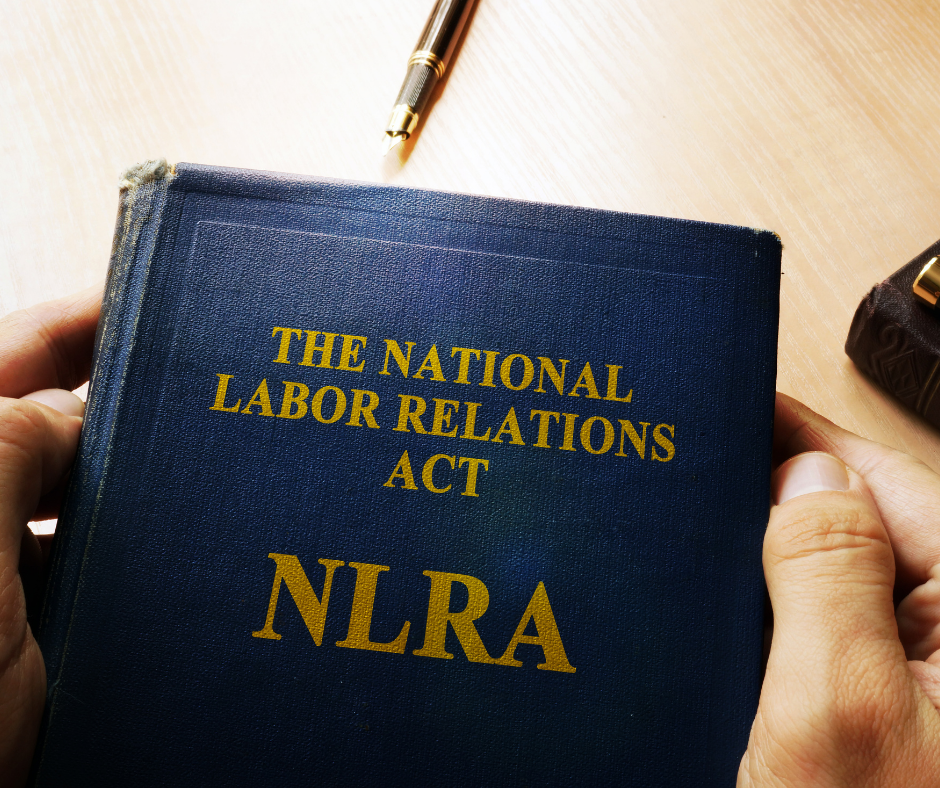 On [a] Friday evening, Trader Joe’s employee Ben Bonnema posted on Twitter that he had been fired by the company for writing a letter addressed to the CEO which expressed concerns about the company’s pandemic-related safety precautions. Bonnema attached a copy of the letter in the tweet, and followed it up with a copy of the termination notice from Trader Joe’s, which specifically cites the letter as the basis for the decision without any other mention of potential misconduct

The first sentence of Bonnema’s letter explicitly states that he is writing on behalf of himself and another co-worker. It is thus hard to find a more obvious violation of the National Labor Relations Act in a non-union, non-organizing context. Section 7 of the NLRA protects employees that “engage” in “concerted activities” for “mutual aid or protection.” Section 8(a)(1) prohibits employers from interfering with, restraining, or coercing employees in their exercise of that right. Combined, the Act clearly empowers workers who, when acting on a collective basis, write to a superior to advocate change to their terms and conditions of employment. Indeed, this gets at the very foundation of the law. The Supreme Court has upheld non-union collective actions regarding safety concerns in a famous case, and the National Labor Relations Board has found actions such as Bonnema’s to be protected concerted activity in similar scenarios:

It is without question that these complaints included safety issues and other concerns about working conditions. Further, it is obvious that in issuing their report Tarango and Rivera had deliberately gone over the heads of their local managers and sought redress of their complaints with the Respondent's upper corporate managers. In the attached cover letter, the Charging Parties contend that "current plant management" has already been notified about the majority of their concerns, "without any success" in remedying them. They conclude that these complaints "need to be addressed in an urgent and accountable manner."

In the matter before me, there is no doubt that Tarango and Rivera were engaged in protected concerted activity. The hotline calls that they placed, and the two reports dated October 20 and November 8 faxed to upper management clearly constituted their collective attempt to bring their grievances, and presumably those of other employees, to the attention of management. Without question the subject matter of these calls and reports concerned the wages, hours, and working conditions of the employees at the Phoenix plant. The topics raised included safety issues, sexual harassment, job performance, favoritism, and the failure of local management to address these issues. So obvious are the protected concerted activities engaged in by the Charging Parties that the Respondent does not seriously challenge this threshold finding[.]

It is distressing, then, to see so many of the thousands of replies to Bonnemo’s tweet assume that Trader Joe’s decision to fire him was lawful, whether from sympathetic liberals or gloating conservatives. A society that prioritized, respected, and studied its own labor code would not produce such a result, but as union density has diminished, NLRA instruction has grown increasingly esoteric within the ranks of American law schools, let alone in non-legal institutions. Most seem to assume labor laws do not even apply to the non-union sector.

We do not see such ossification in other legal discrimination contexts. While unfair labor practice charges with the NLRB continue to drop to 50-year lows, EEOC charges have remained constant or even increased since the turn of the millennium. That isn’t a comment on the strength of those anti-discrimination laws; it’s simply recognizing that when race, sex, or religious discrimination arises in the workplace, discriminatees are more likely to look to the law as a potential savior than those suffering from conduct captured by Section 8(a)(1).

This isn’t some new revelation. Reform-minded appointees to the NLRB have long attempted to increase civilian awareness of the NLRA, either through internal memos encouraging field staff outreach with the public or in the proposed rights-posting rule that would have brought the Act into most American workplaces (alongside virtually every other anti-discrimination law). That rulemaking attempt was struck down in the courts for allegedly exceeding the Labor Board’s statutory authority, thus implying that the agency is doomed to eventual irrelevance without legislative intervention.

The Protecting the Right to Organize Act would codify that rule, alleviating any judicial concerns. But it appears clear that public knowledge of labor rights will only rise with a concomitant revival of unionism. Administrative and legislative efforts should therefore be aimed at furthering the spread of collective bargaining in this country: for Bonnema’s sake as well as hundreds of millions of other workers.