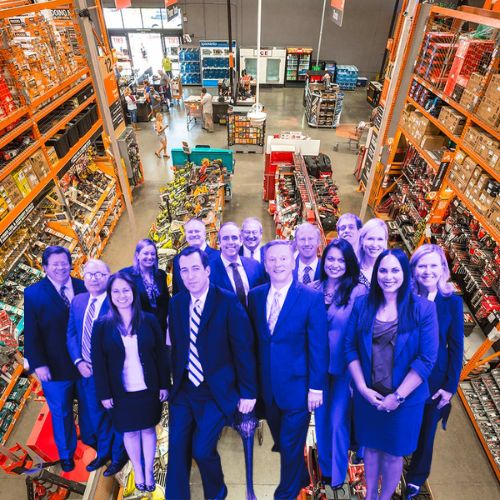 A 5+ year veteran, Vince Quiles believes his store in Philly can become the first unionized Home Depot. Quiles talks with the 43-15 podcast about the power of independent unions and how to convince your coworkers not to believe the lies in captive audience meetings.

When Quiles began working for Home Depot he started on the break-down crew, unloading box trucks filled with store merchandise. During summer months, these trucks would sit outside for hours heating up in the sun and by the time Quiles and his coworkers were asked to unload them, it would be 120-130 degrees inside. “You’re literally working in a sauna…” Quiles says, “There’s no good air circulation…And this is something that you see not only at Home Depot, but with UPS and Amazon… you know that stuff is dangerous, and you’re just conditioned to accept it.”

Arundhati Roy, an author and activist, describes the pandemic as a portal, and therefore an opportunity to break from the past and imagine a new world. Vince Quiles preaches the same gospel and describes that while the pandemic didn’t cause the problems in his store, it sure did highlight them. Issues of pay, inadequate training, and lack of investment in staff eventually lead him to file a union election. Without a doubt, Home Depot has the resources to compensate people commensurate with their workload; Quiles points out that last year Home Depot as a whole recorded $16.4 billion in profits and $30+ million just at the Philly location.

Similar to the union drives at Amazon, Starbucks and Trader Joes, Quiles thought an independent union at Home Depot would be most effective in winning over coworkers. He describes how established unions had ample time to connect with workers in home improvement retail but haven’t. Quiles believes his fellow coworkers are fully qualified to lead and succeed in organizing: “Who better to speak about what’s going on in the hardware department than you know somebody who’s been working there more than 10 or 15 years?”

However, the weekend before Quiles filed for a union election, Home Depot sent corporate management from Atlanta to the Philly location and the store manager was replaced. The following Monday, Quiles presented a petition with the signatures of his coworkers to the new store manager and it was refused; later that day Quiles officially filed for an election with the NLRB. In the following weeks, “associate relations” staff arrived and began surveying employees, under the guise of seeking improvement input from staff. Quiles sees this rather as an attempt to gain intel on who signed the petition. These surveys were followed by “captive audience meetings” in an attempt to dissuade staff from joining the union. Even though Quiles wasn’t invited to these meetings, he understands their classic arguments and continues to sharpen his rebuttal. Home Depot’s hiring of union-busting consultant Ogletree Deakins sends a clear message on strategy: misinformation and intimidation. While this is Home Depot’s scheme, Quiles sees that rather a genuine and honest union campaign to connect with seasoned staff will outweigh busting efforts.