Phil Cohen is one of the most effective and celebrated organizers to have ever set foot in the south -- a region of the United States not necessarily known for being sympathetic to union organizers. Cohen's most recent book - Fighting Union Busters in a Carolina Carpet Mill: An Organizer's Memoir - is riveting and a must read, especially for anyone who has been part of an NLRB fight or is interested in learning more about how working people can push back on corporate power. It's for these reasons we're so excited to offer the following workshop prepared and presented by Phil Cohen: FMLA: Enforcing your Rights. And if you haven't already, be sure to check out Phil's first workshop focused on your right under the NLRA. 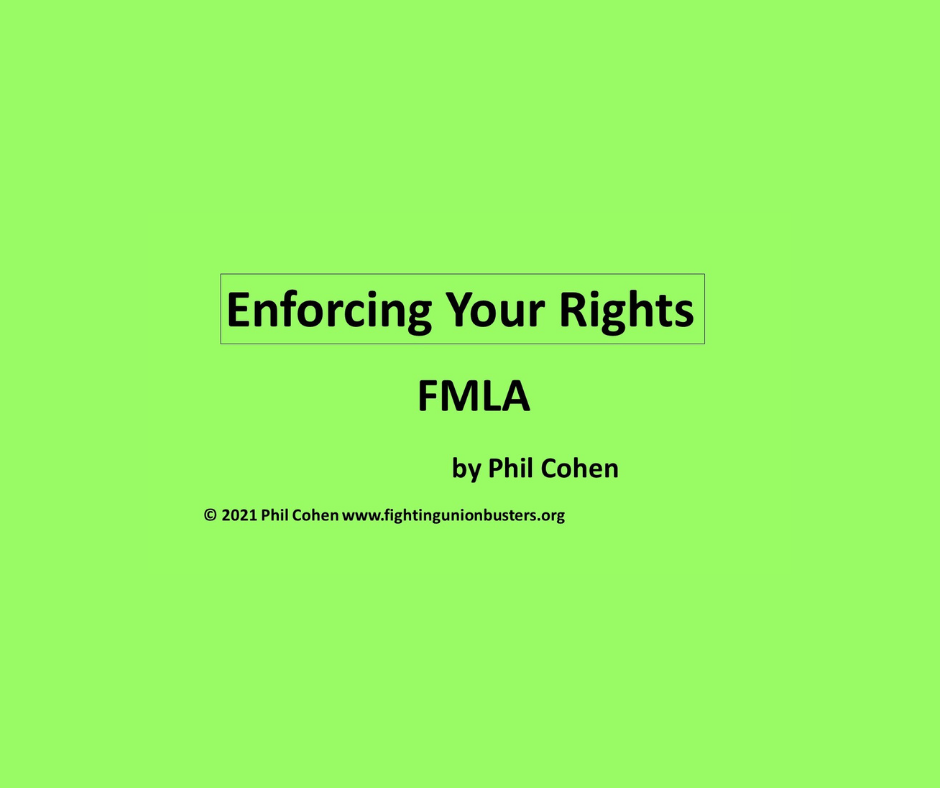