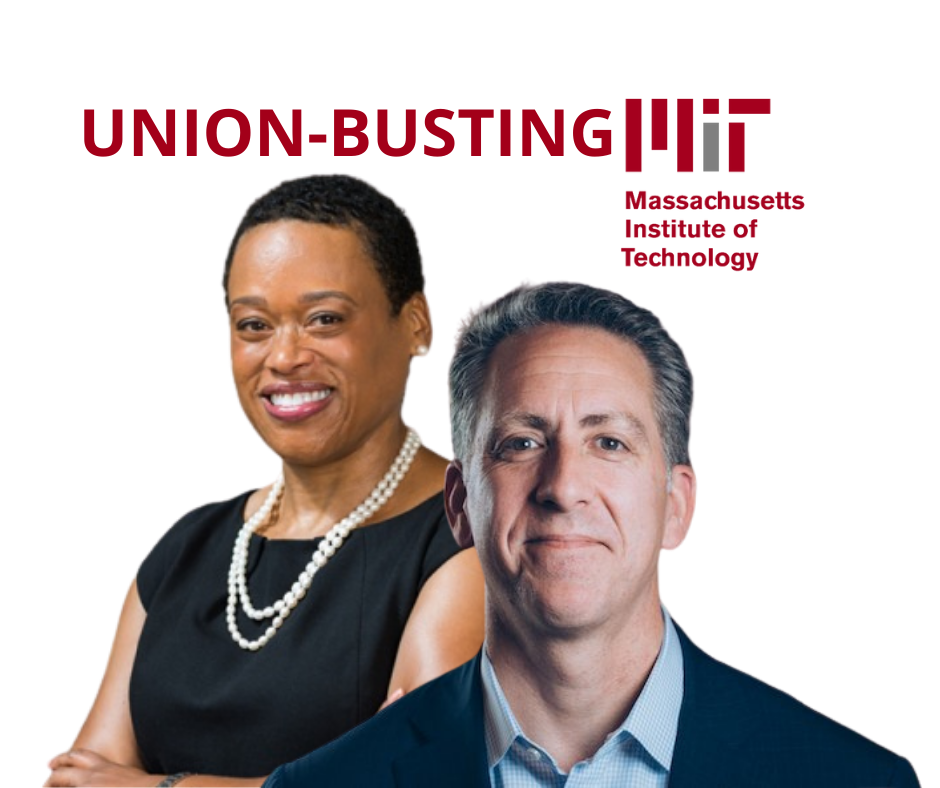 Graduate students at MIT are currently organizing for better working conditions with the support of UE.

MIT has been added to LaborLab's Union-Busting Tracker. If you're interested in letting Chancellor Nobles and Vice Chancellor Waitz know that you support the freedom to join together in unions, you can email them at [email protected] and [email protected]

LaborLab is the only nonprofit watchdog organization dedicated to monitoring the union-busting industry.