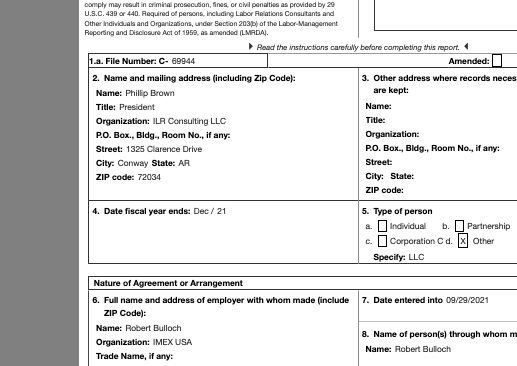 Under the Labor-Management Reporting and Disclosure Act (LMRDA), anti-union consultants must file a Form LM-20 report with the Department of Labor 30 days of being hired by an anti-union employer for the purposes of meeting directly with organizing employees. The reason this reporting standard exists is because workers and the public have the right to know when union-busters are hired to directly "persuade" workers.

The LMRDA provides criminal penalties for a willful failure to file if prosecuted, but complaints must be filed first.

LaborLab is the only nonprofit watchdog organization dedicated to monitoring the union-busting industry and our work depends on small dollar donations.