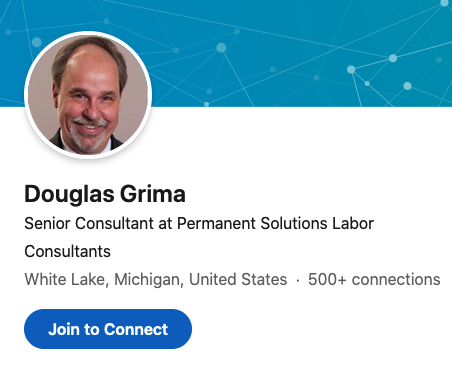 Around 1,300 Hershey's employees are voting on whether to unionize, in a move organizers say is led by older workers seeking to ensure good benefits for new and future employees, reports the Guardian. However, we've discovered that Hershey's is bringing in the union-busting industry to "persuade" and intimidate workers. And this one is a doozy.

The Hershey Company has contracted Douglas Grima of D & G Associates to "persuade" organizing workers against forming a union in the workplace. According to Douglas Grima's LinkedIn profile, he has "a unique background in Labor Relations because [he] spent many years on the union side of the table. So [he has] a unique perspective when it comes to union issues."

In addition to running his own union-busting firm, Grima is also a Senior Consultant for Permanent Solutions Labor Consultants. In his bio, Grima writes:

Former UAW President at the largest amalgamated local in the U.S. I now use my experience from inside the unions combined with my education and experience in Human Resources to help companies maintain a high level of positive employee relations while at the same time allowing companies to grow and prosper. This is my definition of union avoidance - creating an environment where unions simply are not needed. Experience includes NLRB Petition Campaign direct persuasion activities, Proactive Union Avoidance and Union Awareness training for supervisors and managers, contract negotiations, leadership training and development, conflict resolution and much more. 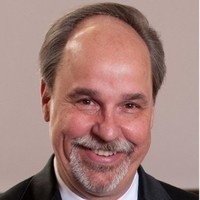 Unfortunately, Grima isn't alone in going from worker advocate to con artist. Remember that, on average, a union-busting consultant charge between $200 and $400 an hour. Money can make people do horrible things.

The Hershey Company has been added to LaborLab's Union-Busting Tracker

LaborLab is a nonprofit watchdog organization that tracks, monitors, and exposes the union-busting industry.