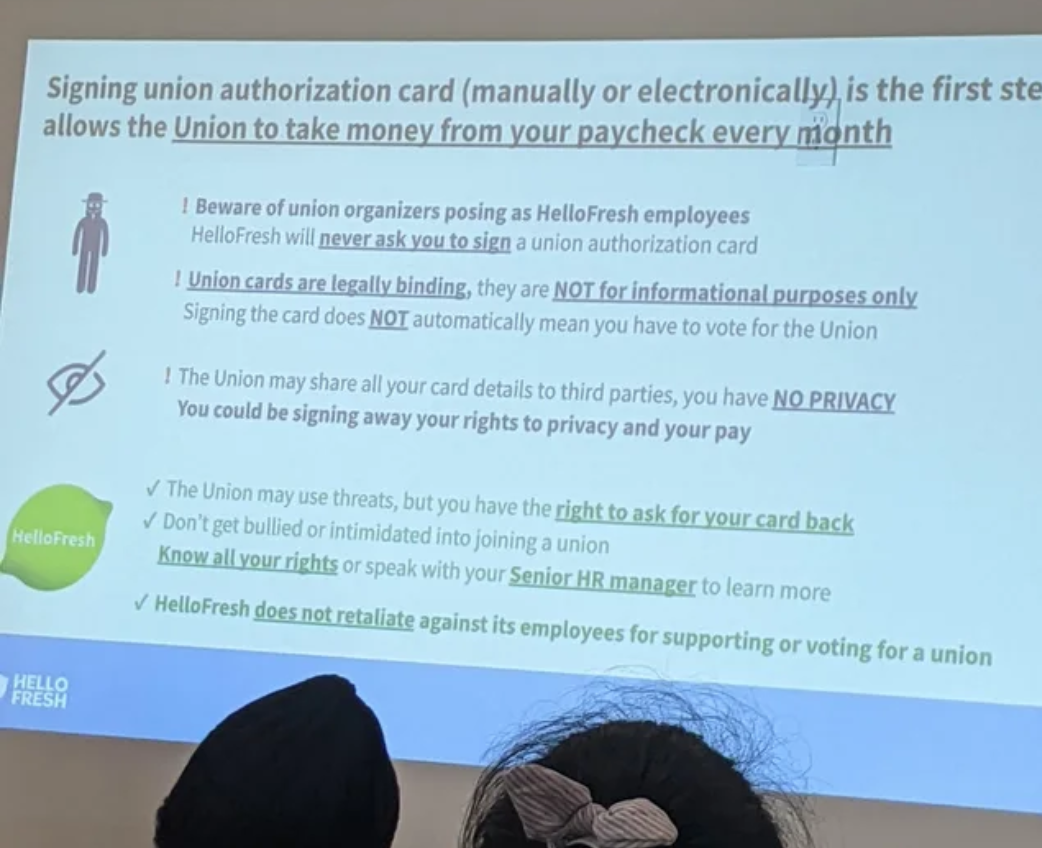 Elements of HelloFresh's employee orientation have been leaked and it's shockingly anti-union.

On the evening on January 31, 2022, a Redditor that goes by heftych0nk shared three images from HelloFresh's new employee orientation. The three slides are straight out of the union-busting playbook: workplace pressure, lies and intimidation, and delays.

In the first slide, HelloFresh attempts to pressure new employees against starting a union by implying that no one they work with co-worker would join them. They also claim that they "respect your right to vote for or against a union, without retaliation." What they fail to mention is that HelloFresh has aggressively busted union organizing drives and hired expensive "union avoidance" firms. For reference, please search LaborLab's Union-Busting Tracker. Additionally, "workers for the largest meal-kit delivery service in the world say attempts to unionize have been met with retaliation and bullying." 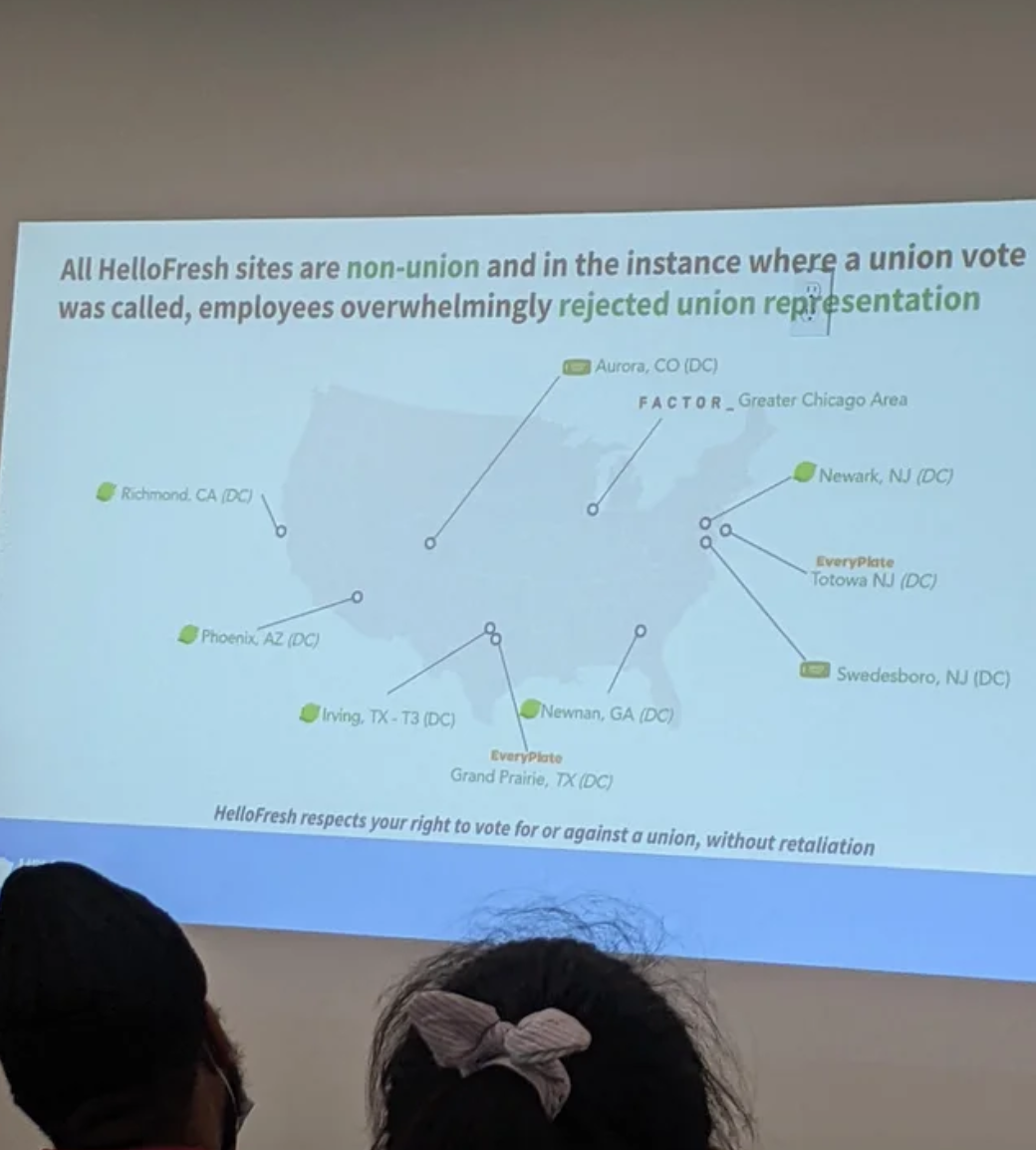 In the second slide, HelloFresh lies to employees saying that they are signing away their rights and privacy when they support a union drive. The Irony is that union-busters like HelloFresh routinely violate worker privacy and starting a union is a legal and constitutional right. HelloFresh is simply trying to intimidate workers into giving up that right. 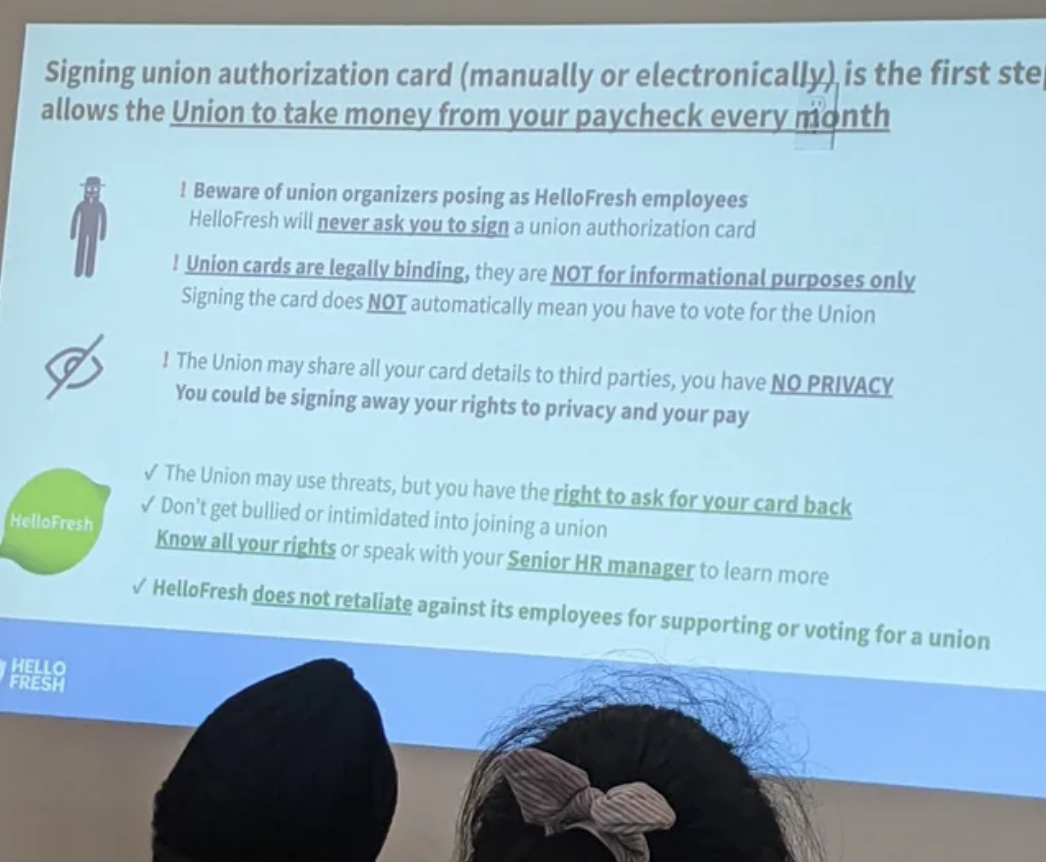 In the third slide, HelloFresh demonstrates one of the more despicable union-busting tactics: discourage and delay. Union-busting consultants will tell employers to delay, delay, delay. Their highly paid lawyers will pervert the law to delay union elections and/or contract negotiations in an attempt to create a feeling of futility within the workforce. 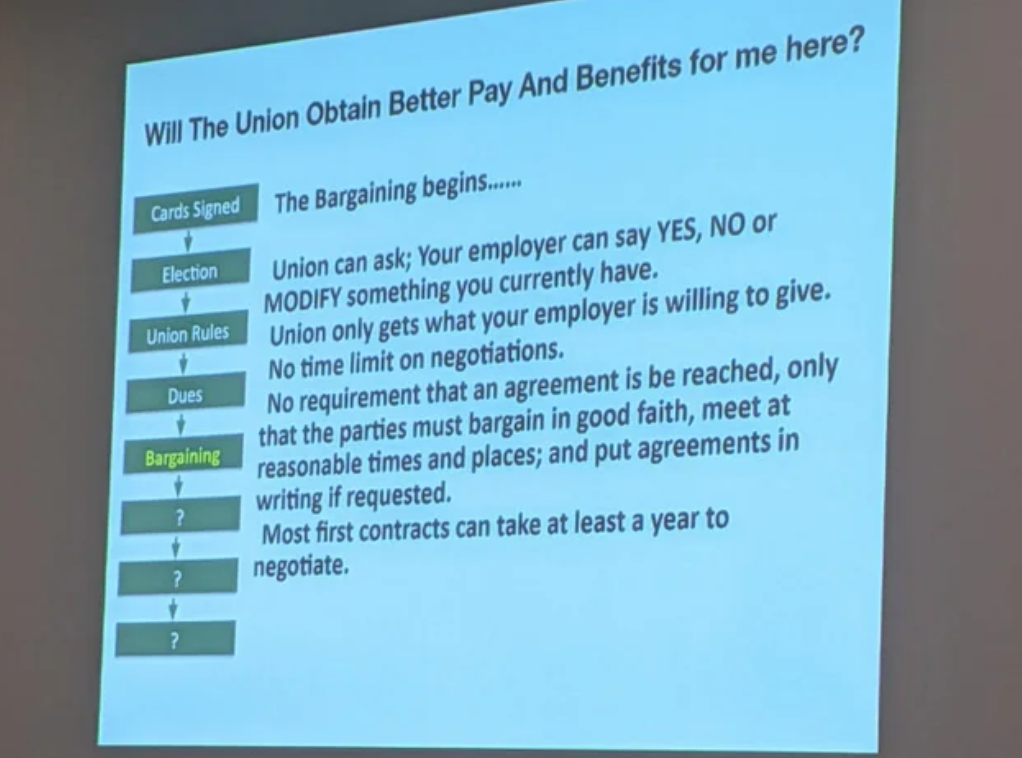 HelloFresh is obviously already listed on our Union-Busting Tracker. You can contact HelloFresh here.

LaborLab is a nonprofit watchdog organization that monitors, tracks, and exposes the union-busting industry.