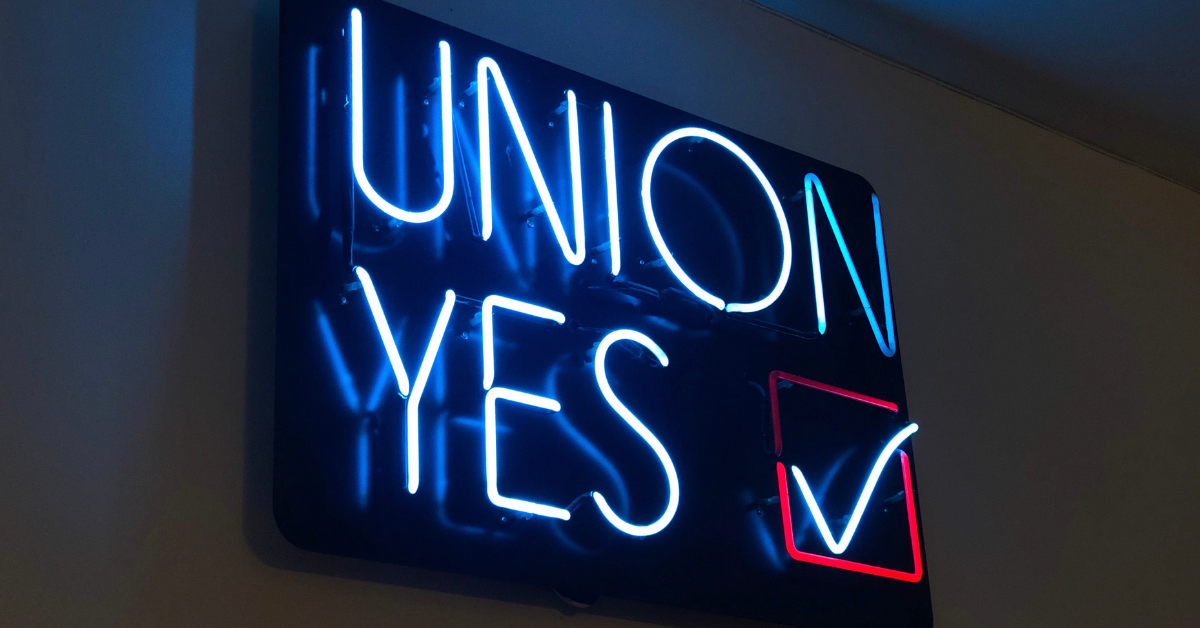 It’s become impossible to use social media over the last few weeks without running into some downstream debate of the so-called effects of “Critical Race Theory” in American education. As someone who read a lot of this stuff voluntarily in college without once being assigned it (despite my seven years spent as a political science major, history minor, and law student), assertions of CRT’s alleged brainwashing of young, susceptible minds has all been very amusing to see unfold.

As a white man from a middle-class background, I do not have much to add to the substance of these debates (so far as they ever actually reach the substance). But I do know that CRT emerged as a variant of what became known as “Critical Legal Studies” among leftist legal scholars in the 1970s and 80s. A major doctrinal component of that early CLS scholarship was dedicated to labor law, spearheaded by Professor Karl Klare, who was a one-time field attorney in the NLRB’s Boston office before becoming a law professor at Northeastern. Professor Katherine Stone, a former union-side labor lawyer, was the other major contributor in this field. (To my knowledge, they are both still professors today.)

Their scholarship came around at an important time in the American labor movement. Prior to the late 1970s or so, labor law scholarship was an incredibly stuffy field with little disagreement among the major players, led by Harvard Law Professor Archibald Cox, one of the preeminent lawyers of the twentieth century. Scholars almost unanimously subscribed to Cox’s theories about the National Labor Relations Act, which were that unions were a mainstay American institution following the passing of the Wagner Act and were not going anywhere; that the best thing for the economy and broader society was for unions and employers to privately negotiate the terms of the workplace; and that the government should have very little say in any of this besides for setting the most basic ground rules regarding unions’ right to exist. When reading these articles, you get the sense that no one saw deindustrialization coming or employers’ widespread rejection of whatever social compact had emerged with unions. Debates after passage of the Taft-Hartley Act, to the extent they even happened, took place on the periphery of arguing the merits of judicial or NLRB decision-making. (The major exception here is probably Clyde Summers, who consistently maintained a skeptical, bird’s eye view of things throughout the early decades of modern labor law.)

Broadly speaking, Klare and Stone challenged the foundational assumptions of the Wagner Act and its earliest interpretations by the courts. Writing at a time that unionism began its swift decline, they argued that the “deal” struck between labor and capital, as brokered by Congress—that of private ordering through means of collective bargaining agreements, which retained authority with management over the most important decisions affecting the workplace—was never capable of achieving Senator Robert Wagner’s grand vision of “industrial democracy” in America. Klare’s scholarship mostly blames judges which made bad decisions. Stone’s scholarship mostly blames certain scholars and arbitrators (dubbed “industrial pluralists”) who fervently supported this system and worked to legitimize it. Regardless of the culprit, their writings proved immensely influential in the labor law arena, as old scholars turned cynical from deindustrialization and new blood entered the fray. Virtually everyone agreed by the middle of the 1980s that the Wagner Act had failed in its mission. The only debate was whether the statute—and American unionism, as then conceived—was redeemable.

But not everyone welcomed Klare and Stone. Matthew Finkin, a law professor of more traditional disposition, penned a scathing broadside against their scholarship in 1984 that frequently resorted to red-baiting. Responses, replies, and sur-replies ensued. It was a rare show of rancor in what was usually a chummy field of study, but Klare and Stone—and their beliefs—seemingly emerged unscathed.

The landscape of labor law scholarship today is totally unrecognizable from the pre-CLS days. No serious labor law academic now thinks the current legal framework is working, and most would happily jettison the NLRA if promised an enact-able alternative. The main debates are over what the future should look like, not what recent court rulings really mean. It is an example of yesterday’s “radical” scholarship becoming today’s accepted wisdom, perhaps even moderate in nature.

For those interested in reading the main CLS and CLS-adjacent writings in this time period, I’m linking them as follows:

Judicial Deradicalization of the Wagner Act and the Origins of Modern Legal Consciousness, 1937-1941, by Karl Klare (1978).

The Post-War Paradigm in American Labor Law, by Katherine Stone (1981).

Government Without Rights: The Labor Law Vision of Archibald Cox, by Staughton Lynd (1981).

The Public/Private Distinction in Labor Law, by Karl Klare (1982).

Values and Assumptions in American Labor Law, by James Atleson (1983).