BREAKING: Pfizer has hired an army of union-busters - LaborLab

BREAKING: Pfizer has hired an army of union-busters 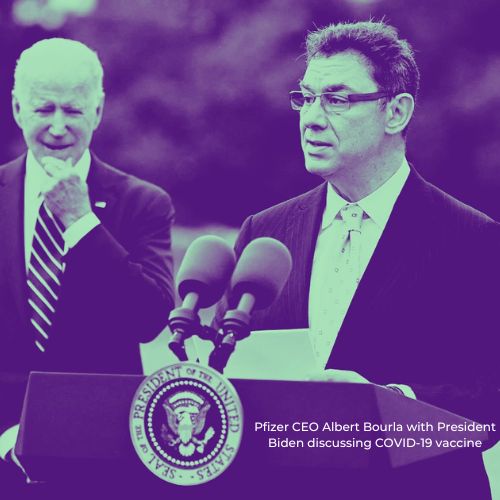 According to Department of Labor filings reviewed by LaborLab, Pfizer has hired Labor Relation Institute (LRI) Consulting to "persuade" workers against forming a union. Only certain activities must be reported to the Department of Labor, so it's likely Pfizer is conducting captive audience meetings. A captive audience meeting is a mandatory meeting where workers are interrogated and subjected to threats, lies, and anti-union propaganda.

The contracts between LRI and Pfizer were signed by LRI President Phillip Wilson, one of America's most prolific union-busters, and Pfizer Director of Human Resources Erin Clark. However, Phillip Wilson has brought in a whole team of union-busters to directly persuade workers at Pfizer from organizing. They include Eric Vanetti of LRI, Sean Lyles of Unboxted LLC, Doug Grima of D & G Associates, Scott Michel, and Bruce Crawford. Earlier in 2022, LaborLab reported that Doug Grima violated Department of Labor rules by filing required paperwork five months late.

Likewise, LRI's filings with the Department of Labor also violate labor law. Phillip Wilson of LRI simply lists the employees being targeted by his union-busting campaign as "various employees," which falls well below the required level of specificity. It's common for union-busters to flout the law, however.

LaborLab has reached out to Pfizer for comment on which employees are being targeted in captive audience meetings and why the company feels it's appropriate to union-bust after receiving billions of dollars from taxpayers, the majority of which support unions. At the time of publication, a response had not been received.