Apple, REI, and No Evil Foods all union-bust from the same script - LaborLab

Apple, REI, and No Evil Foods all union-bust from the same script 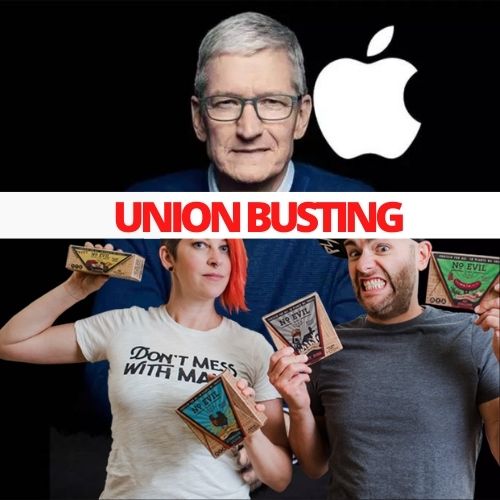 Union-busting lawyers get paid thousands of dollars to help businesses run anti-union campaigns, yet they are apparently copying and pasting their talking points. This video contains clips from three anti-union speeches conducted by three separate companies - No Evil Foods, REI, and Apple. Notice a trend?

This video was produced by Jon Reynolds, who experienced union-busting firsthand at No Evil Foods. He is the co-founder of MoEvilFoods.com and the co-host of LaborLab's upcoming podcast 43 - 15, a podcast dedicated to empowering workers and exposing the union-busting industry.