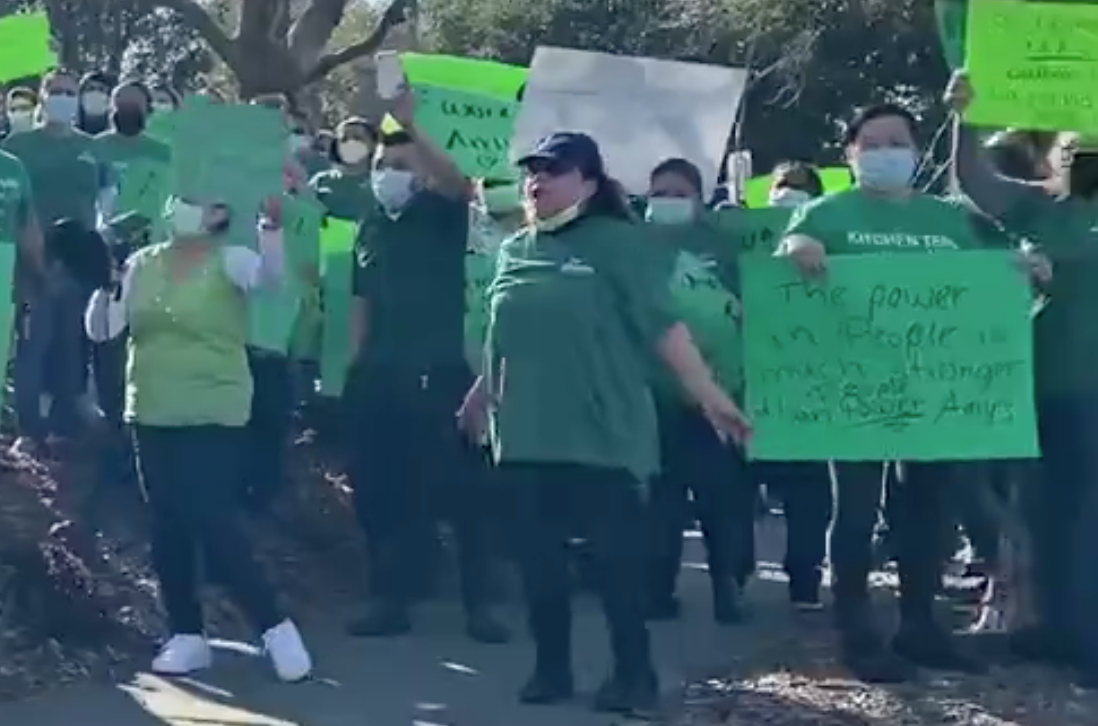 Amy's Kitchen is being accused of ramping up an illegal astroturf campaign against unionizing workers.

Earlier this month, the organic food giant Amy's Kitchen hired a union-busting law firm and then went to work in the press. Now they're being accused of assisting an astroturf campaign in opposition to unionization.

An “astroturf campaign” is exactly what it sounds like: a phony, fake attempt to mimic a grassroots movement. Employers will recruit anti-union employees to do their bidding and these employees will be lied to and manipulated. They will parrot the union-busting consultants’ talking points and distribute anti-union literature. Recently, union-busting employers even put money behind these astroturf campaigns, launch websites, and pay for advertisements in the community.

According to reliable sources, Amy's Kitchen is allowing workers (theoretically) opposed to the organizing effort to rally outside work locations while on the clock.

How low will Amy's Kitchen stoop? We'll be watching.